Miyamoto Time Travel: Nintendo to Move "in Step" with HD

Nothing wrong with "pretty graphics" 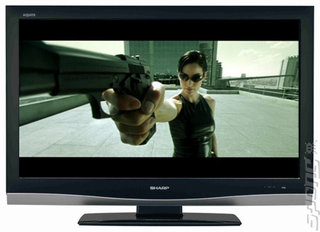 Speaking at a round table event in New York, Miyamoto said, "I don't think there's anything wrong with pretty graphics, and if I'm a consumer that has an HDTV, I'd want to be able to play my games with nice graphics too. And I think as we've seen the penetration rates for HDTV increase, we're going to see video games and Nintendo's games move along in step with the progression of technology".

He went on to say, "But what I don't think is necessarily true is that the graphics itself is something that's going to make the gameplay experience better. So we're still going to focus on the gameplay, but we'll take advantage of the technology as it comes out."

As that technology "comes out?" Nintendo's built a time machine, then...

SPOnG now feels confident in saying that Wii HD will definitely possibly maybe be along some time this half century(ish).

DrkStr 16 Oct 2009 12:39
1/4
Miyamoto wrote:
But what I don't think is necessarily true is that the graphics itself is something that's going to make the gameplay experience better.
Play burnout on sd and then on hd and tell me that again! You get a much better idea of the cars coming towards you on a hd display.

DrkStr 19 Oct 2009 07:24
3/4
Me wrote:
@DrkStr First create a game as epic as Zelda, then feel free to tell him.
Next create a "game" as lame as wii Music, then we can talk! Nobody's perfext and Miyamoto is just wrong on this one.

I have to agree. Nintendo want to be in this self righteous position all the time, but they totally forget how lame Wii is, and the fact it should have had HD out of the box. Typical Nintendo, always late to incorparate technology into their consoles, and mask it with lame excuses.

Late to adopt a disc format, late online, late to HD, Late to a storage medium as standard. I don't understand how they can develop Wii, and yet miss the ball on all these areas, and this is one of the main reasons I've lost faith in them. Games and tech should go hand in hand and in that order, as 360 proves well, but Nintendo are just s**t scared of anything new, and its lucky they managed to sell the Wii to the masses, or they would be next to dead.