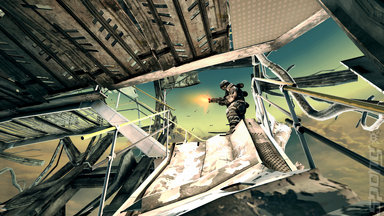 Downloadable Content
Sony recently announced that its "Platinum range (has) received a handful of new titles". These will retail at Ł19.99 - although you've probably already found them at that price online before now... the titles are (with their original UK release dates):

Is it us, or does Killzone 2 look a little young in among those rather more elderly titles?