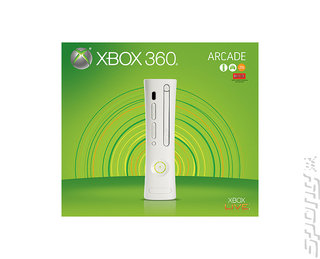 All Images (4) »
The fact that Microsoft's just-confirmed Xbox 360 price cut is coming a few days before the launch of the PS3 Slim is a coincidence, according to Aaron Greenberg, director of product management for the system.

"We plan out what we want to do and how we do it years ahead", Greenberg told Kotaku. "Many months ahead we get into the details, like the price and dates. This has been in the works for months and months.

"I think it's a bit coincidental but it's also somewhat logical, with both (Sony and Microsoft) making price adjustments at this time of the year because we are turning the corner of the holiday season."

Greenberg said that the price drop is the result of lowered production costs. Given that he confirmed the Elite will now ship without an HDMI lead, it was fairly inevitable costs would have dropped...

Greenberg also poo-pooed rumours about a 360 slim, saying, "We feel like our system has done very well for us in the current form. We have no plans for a slim." Ouch!

Over here, the 360 Elite got a price cut of Ł30. The breakdown for the US, as provided by Major Nelson, looks like this:

The Major also put up the new box shots, which you can see to the left.
Companies: Microsoft
People: Aaron Greenberg