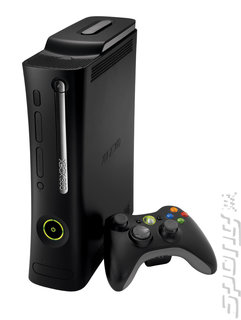 Sony has, of course, already responded in advance of the announcement from Microsoft, telling MCV, "Microsoft?s Xbox activity 'won?t make any difference' to its plans."

So, as SPOnG told you yesterday, Microsoft's slipping out a price cut ahead of the PS3 Slim's launch, undercutting the new Sony system's price.

Time for a Corporo-quote? You know that it is! ?With the Christmas season right around the corner, it?s another opportunity to put the consumer centre stage with entertainment and games that everyone will enjoy", uttered Neil Thompson, senior regional director, Entertainment and Devices Division, Microsoft UK and Ireland. ?We have a goal over the next 18 months to deliver value with amazing content and rich interactive experiences in the living room.?

Nice one, Neil. But surely, the consumer is always centre stage? In the meantime, let's take a moment to celebrate the wonders of the free market.
Companies: Microsoft