Crytek: We've Not Seen the Best of PS3 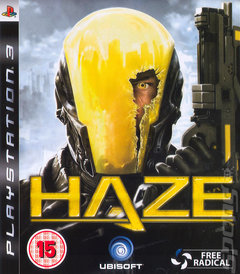 Former Free Radical developer - now MD at Crytek UK- Karl Hilton has been speaking to Develop about the failings of Haze and the future of PS3.

One of the main things (if you exclude dull game-play and rather obvious story) that lead to the failure of the game were, "technical issues. The PS3 is a powerful machine but a difficult one to get the best out of", this meant that the developers "spent more time trying get the game running properly and less time to design the game properly".

So, will Crytek ever touch the PS3 again? Sure it will. "I don?t think we?ve seen the best out of the PS3 at all,? added Hilton, ?and I definitely think one of the best things about Crytek and the CryEngine is that we?re now in the best position to get the most out of the hardware."