Houser: GTA too Complex for a Movie

But maybe it will happen. 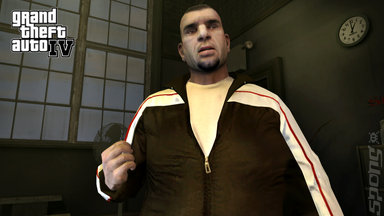 Despite the fact that Grand Theft Auto IV appeared to be about an eastern European thug coming to New York, fighting or allying with other people for primacy, driving about a bit and generally exerting his will, it's too complicated to make a movie of. So, in fact, are any of the GTA games according to Dan Houser.

He tells the LA Times,"We don?t believe that the Grand Theft Auto games, which are massive in scope and structurally complex, can be adequately compressed into a two-hour movie."

But then again, maybe the IP can be made into a film, "If we ever decide to do a film, it will be because we have resolved our creative doubts, and while retaining enough control to ensure that if the movie is terrible, at least we will know we ruined the property ourselves."

config 27 Jul 2009 11:17
1/1
"So instead, we'll just keep trying to shoehorn as much movie homage (pillaging - Ed.) into our overbloated cutscenes" - SamH
Posting of new comments is now locked for this page.