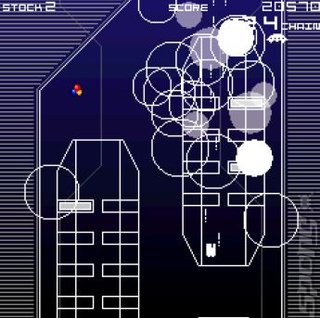 The company told Offworld that the game, which was previously released for mobiles in Japan, will be heading to the App store.

The game is a bit of a mutant strain of the Space Invaders gene, enabling players to move across two dimensions as opposed to the traditional one. It also looks barking mad. Have a look at the screens and the video below.