The Times, quick off the mark. 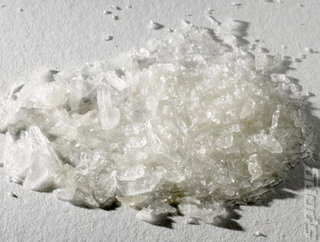 The prize for the first 'Ban this Sick PEGI Video Game Rating System" story in the mainstream press goes to... Mr Murdoch's The Times (of London).

The story begins, "Three men in Borehamwood will become solely responsible for rating computer games in the UK."

This would be a shocker if, until recently, there had not been only two people at the Video Standards Council in Borehamwood, who acted as the court of appeal for BBFC ratings, it's really not that much of a shock. The VSC will now act in the same way for PEGI-rated games.

The Times report then states that, "For the first time, games ratings would be backed up by law, placing them on a par with film ratings. That means that shops can legally refuse to sell shoot-em-up games to children under age. Shop owners can be prosecuted for turning a blind eye to such transactions."

Strangely, according to Out-Law, "the Video Recordings Act of 1984. The Act provides that it is an offence to supply such a game to anyone below the age limit, punishable by a fine of up to Ł5,000 or up to six months in prison. However, in the region of 90% of all titles released on to the market are exempt from this legal classification."

That's not going to change hugely if and when PEGI becomes the arbiter of game ratings for the UK.

The Times proceeds to further confuse matters by stating, "The BBFC discovered an apparent recipe for the manufacture of the drug crystal meth at the heart of Grand Theft Auto IV, prompting crisis talks with Rockstar, the game?s maker. After checking that the recipe was inaccurate, it remained in the game."

Firstly, we're not sure if you can really classify those talks as 'crisis talks'. The BBFC, according to GamesPolitics, states, "We did examine [GTA IV] extremely thoroughly and we are the only regulator I know of who looked, for instance, at the particular issue where... there was a concern about whether you were being given instructional information about how to make the drug crystal meth.

"We actually took independent advice on the point and eventually were able to satisfy ourselves that some of the crucial ingredients and techniques were missing so it was not a genuine cause for concern."

So, the truth is actually that the BBFC talked to third-parties, and discovered that, no you couldn't use recipes in the game to make Ice (or crystal meth). Thirdly, we're not even sure if providing a recipe to make any narcotic is actually illegal yet. Following a recipe to make an illegal narcotic, succeeding, and then making, storing and/or selling that drug... sure. We're looking into this one though, just in case writing something down is in fact illegal now.

The august London organ then mentions that, in classical phone-in style, that "PEGI is ultimately owned by the computer games industry trade body and some fear that it may not feel able to ban games that are submitted."

It then proceeded to be unable to quote 'some' who 'fear'. Actually, it goes on to quote ELSPA's Mike Rawlinson who doesn't fear any such thing.

What's actually happening is that PEGI is likely to take over from the BBFC in order to rate video games in the same way as it's doing in the rest of Europe. If any body or individual with enough clout objects to a rating, they can then ensure that the VSC examines the rating.

Let the Fear Uncertainty and Doubt from the mainstream press begin!

I guess outside of the games industry the BBFC is much more well known and people are more comfortable with it, but still id expect some more fact checking from the Times.

miacid 23 Jun 2009 07:50
3/3
@Daz
I think what they were getting at, is that not all games are rated, so it would be possible for a child to buy a game that isn't rated even if it had a violent or sexual theme.

Although I support the PEGI system, I'm not sure it will make much difference as parents will still buy their kids an 18 rated game as they just see it as a "game" and nothing else!