ELSPA Swings Back at BBFC Stats 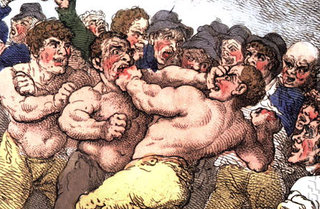 The Entertainment and Leisure Software Publishers Association (ELSPA) has responded to a fresh assault from a poll-brandishing British Board of Film Classification in the ongoing battle over who will rate games in the UK.

Responding to research commissioned by the BBFC that claims 82% of parents would prefer games to have the same ratings as film and DVD and that 74% of parents want an independant games regulator, Michael Rawlinson, director of ELSPA, said, "UK parents need a system for video games age classification that is built with the protection of the new generation of children in mind and as such delivers a robust system that works as well for games bought in-store as played online.

"Gamers no longer just play with their mates but play online, and we need a system that reflects this situation and protects their interests. The independently administered PEGI system is the right solution for child safety."

The BBFC, for its part, rolled out its director, David Cooke, to sell the BBFC using said research. ?This poll clearly shows parents support a regulatory system for games that is independent of the industry and UK based, reflecting UK sensibilities and sensitivities. The UK public wants the protection of children to be paramount when regulating games which, of course, reflects the concerns which led to Tanya Byron being asked to produce her report.

"The BBFC has been classifying games for over 20 years and our decisions reflect the views of the public. Our classification systems and symbols are known and trusted by the public and in a converging media world they want to know what their children are playing as well as watching.?

The research in question was conducted by YouGov using a sample of 2,143 adults, of which 1,329 were apparently parents. It also found that 74% of parents are "concerned about the content of some video games", while 79% of parents think games "may affect the behaviour of some children".

Responding directly to the poll itself, ELSPA's Rawlinson offered up, "anecdotally, we have conducted our own research with YouGov that confirms our position".

The battle over who will rate games has been raging between the BBFC and ELSPA ever since the Byron report was published back in April. You can see SPOnG's in-depth interview with Michael Rawlinson on ELSPA's case for PEGI here.
Companies: BBFC ELSPA