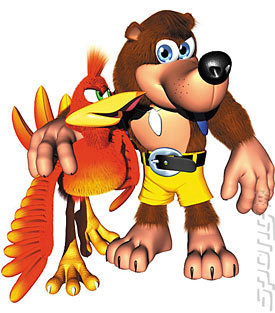 Speaking in an interview on his new position, Molyneux said, "...one of the things I really want to do is help Rare have more of an identity. And make sure the people at Rare are seen more within the industry.

"I was totally blown away from the amount of talent that there is at Rare, but it's just that they come from a background where Nintendo required them to be this very, very secretive company. I just want to give them the confidence to tell the world what they're doing. I hope you're going to see more from Rare and I want to help them get well known. But you'll definitely still recognise a Rare game."

Mark SPOnG remembers heading down to Rare to look at Viva Pińata: Pocket Paradise and being given Pińata pics to use instead of photographs of the two developers he interviewed. In today's media-savvy industry, a bit of visibility really wouldn't hurt the studio.