Sony Announces its Millions of PS3s and PSPs 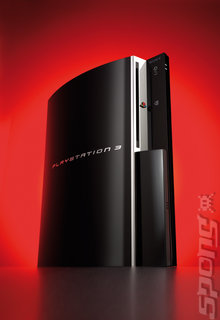 Sony has revealed that it has now sold 2 million PS3s in the UK. The company also had something to crow about with the PSP - 3 million units of the handheld have now been shifted.

This comes just shy of the PS3's second birthday in the UK.

Ray Maguire, UK MD at Sony Computer Entertainment Europe, told MCV that this bodes well for the platform's future. "Obviously PS3 is a premium product with a premium price tag. Interestingly, because it has sold two million at a higher price, it suggests more longevity of the PS3 because we have chipped away at the top end of the triangle."

Maguire's reasoning is that once Sony has sold all the PS3s it can at a premium price point, it will be able to drop the price and hit a whole new market. A sound and time honoured theory.

Maguire admitted that the current economic climate is making things difficult for SCEE, however. "This year we've got even more, even better product to put out there - but trading is difficult, it's really tough. Just credit insurance - credit limits are going to be challenging for the whole of the year", he said.

Of the PSP, Maguire told MCV that the Slim'n'Lite has "emphasised the portability of the device." Slipping into corporo-waffle mode, he also added, "If you look at the evolution of the PSP to a value-added proposition in terms of online content ? which gives a new business model for third parties ? then you see that it?s an areas publishers should invest in. And they have woken up to that over the last nine months to a year."

LeoTheLudo 5 Mar 2009 10:30
1/1
Thanks for a nice and informative article (I'm not being sarcastic).
Posting of new comments is now locked for this page.