Evidence, If You Needed It, That Pokemon is A License To Print Cash 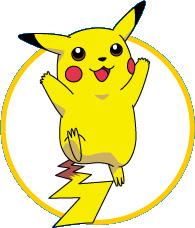 We all know that the Pokemon phenomenon is massive on a truly global scale. We know this simply by walking around and seeing Pikachu, Jigglypuff and friends plastered all over absolutely everything from lunch boxes to other clichéd merchandising points.

Nintendo has just released some facts and figures detailing exactly how much of your money it has amassed as a direct result of people enjoying teaching small animals to fight.

In the year 2000, while the rest of the videogame world suffered a 5% decline, Pokemon sales increased by 15%. The series held six of the top ten games spots for the year.

14 million Pokemon games were sold in the States alone last year, making up 11% of the entire market.

Every week across the world, a staggering 100,000 Pokemon games are sold on the Game Boy Color.

Even though it was released on the flagging Nintendo 64, Pokemon Stadium Gold and Silver is the best selling game for any home console this year.

The first Pokemon movie has grossed more than $43.7 million to date.

There are in excess of 31,000 individual licensed Pokemon products available.