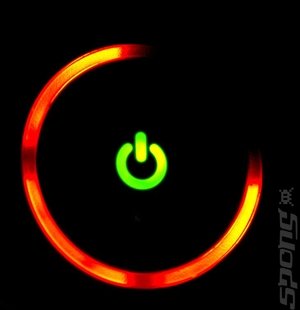 Aaron Greenberg (group product manager for Xbox and Xbox Live) has friends who have had their Xbox 360s fixed recently. How his friends feel about this is unclear. He speaks about this in a recent interview regarding Xbox 360 repair processes. We'll get back to the friends. Right now, it's good news on repairs, says Aaron.

"We're seeing great performance of the (Xbox 360) current systems, so we're really happy with the way they've been performing."

That's great news - it would appear that the Jasper-based 360s are, according to Aaron working out. Or maybe not Jasper? Aaron says of the improved repair processe, "It's very quick, and they may upgrade your system with the latest technology. So that works really well." Okay, so he can't oversee all (any) of the repairs so he can't be certain that all consumers get upgrades. Fair enough.

So, what of his friends? "From friends that have had [repairs] done as of late..." and? "I can tell you from our own internal staff that we're seeing very strong performance from a quality standpoint."

Can we take a breath there? Aaron can say that his own staff can tell him that his own company is "seeing a very strong performance from a quality standpoint"? Let's continue with this monumental gush of raw business-speak.

"What it comes down to is isolating and figuring out the issue (of faults with Xbox 360s), fixing the issue, and the more that we can fix the issue, and know it's fixed, then we're good going forward."

We'll translate, "Once we've worked out how to fix faults so they stay fixed then faults will be fixed."

Apparently being able to fix faults that have been found is an achievement rather than a basic working principle. However, Aaron is able to declare that, "We've put the worst behind us on this, but we know there are a few lagging systems, and so we want to take those and make it right."

As for his friends, well, we still don't know if they're happy.
Companies: Microsoft
People: Aaron Greenberg

pico 18 Feb 2009 18:32
2/6
seriously, do people listen to what they say - what a bunch or corporate BS. Clowns
more comments below our sponsor's message

SuperSaiyan4 19 Feb 2009 08:51
4/6
My launch console got RROD after 3 months, the replacement in store has never failed. My Xbox 360 Elite Falcon edition has never failed. Some are lucky and some are not, the PS3 is also known to have its own problems but fair that its not on the scale of the 360 one has be rather impressed that given all the tech in the PS3 including the power supply and heat the failures are very minimal.

R. Wambold 19 Feb 2009 12:31
5/6
I have owned two XBOX360s, both failed, the second is in a landfill somewhere now, although, a juvenile response perhaps, I shall not own another in this lifetime.

Joseph Worsley MMU Media Tech 19 Feb 2009 15:41
6/6
I havent even read the article but i sure do love mens bottoms and the touch of a mans willy on the back of my neck
Posting of new comments is now locked for this page.