Now 8 million ahead of PS3 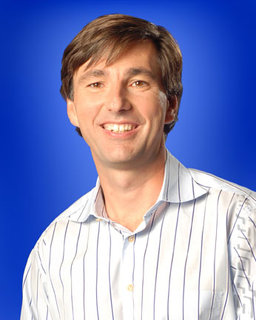 Don Mattrick
Here at SPOnG we're always happy to see an announcement with some solid figures showing how well a company's doing. Gives us something to sink our teeth into, y'know? Makes us feel good. There's nothing that'll upset us like a company vomiting out figures then rubbing our noses in it, though. Enter Microsoft.

First - the figures. They're impressive.

A number was put to the number of units Microsoft's console now leads the PlayStation 3 by: "more than 8 million units" says Microsoft.

The Xbox Live community grew to more than 17 million members, while spending on the service jumped 84% over last year.

Between Christmas and New Year, Live had its biggest week ever, "with a record of more than 1.5 million concurrent members online", according to Microsoft.

In excess of $1 billion has been spent on Live since its launch three years ago.

Of course, Microsoft also rolled out its installed base figure for the 360 - 28 million - but SPOnG already told you about that yesterday.

So: well done Xbox! If you want the opulent flavour of success to linger on your tastebuds, however, you might not want to read the smug hyperbole that follows.

?For Xbox, 2008 will be remembered around the world as a pivotal growth year at retail and online ? even in the face of tough economic conditions?, gushed Don Mattrick, senior vice president of the Interactive Entertainment Business at Microsoft. ?Worldwide, a record number of players flocked to our broadest games and entertainment line-up ever, while the New Xbox Experience thrilled millions of fans by making our console even more engaging. And yet, we?ve only provided a glimpse into the new world of interactive entertainment that we?re imagining. The best of Xbox 360 is yet to come.?

"...The new world of interactive entertainment that we?re imagining"? Really? SPOnG just got a bit of sick in its mouth. Please, though, don't let Don's smugness overshadow the fact that Microsoft had a pretty good year.

It would have been nice if Microsoft could have mentioned how well it was doing compared to the Wii, as well as the PS3, though...
Companies: Microsoft

If they did that the numbers wouldn't sound half as impressive

HyperTails 6 Jan 2009 12:26
2/4
8 million over PS3? That's hardly a suprise given that most people can't afford a PS3, though Sony do not seem to have grasped that most basic fact. Perhaps if they lowered the price instead of making the HDD larger than anyone needs (160Gb, who needs that much, seriously?) they would actually sell consoles. They say they will make a profit this fiscal year. Hirai better hope so 'cos no doubt there's some pissed executives breathing down his neck.

Impressive about Xbox Live though. Its a decent online service so the figures reflect that. Seems to be raking in the cash for Microsoft too.

Why'd they mention New Xbox 'Experience' though? Its crap.

Paul 7 Jan 2009 00:59
3/4
Re: Daz - "If they did that the numbers wouldn't sound half as impressive " lol, I'm sure some people just go down the article and for the single bit of negativity, and then state the blindingly obvious. Anyway.

I agree with HyperTails; PS3 is very expensive, I was playing my brothers over the Christmas break, and couldn't really see what it gives that my Xbox 360 doesn't. Also, the thing I love about my Xbox is the arcade games to download on Live, my girlfriend and I have had many drunken nights giggling like school kids on that.

Well done Microsoft; I didn't believe they could do it with the Xbox, but I was wrong!

Daz 7 Jan 2009 02:35
4/4
I now have all 3 and each one has it's good and bad points, neither one being better nor worse than the other, unless you wanna count Sony allowing me to use my maestro card and MS not... which I do, IT SUCKS, sure nintendo don't allow it either but a large portion of their audience ain't old enoth for one anyway.
Posting of new comments is now locked for this page.