Bets on for Xmas Number 1 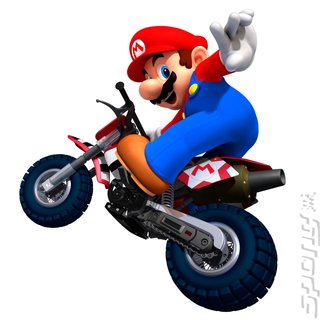 As regular readers know, SPOnG is a straight-backed, moralistic media outlet that never condones or encourages staying up late on a school/work night, drinking alcoholic beverages so that you end up face down in someone else's vomit, ingesting illegal drugs off the buttocks of your best friend's partner, dancing in such a way as to encourage lascivious thoughts, or skateboarding in public places in such a way as to bring fear into the hearts of the civilian population. Above and beyond all of this, however, the one thing we really hate is gambling (we like gambolling but only in the Spring).

So, we are disgusted to have to bring you Ladbrokes' (the bookmaker) book for betting on the UK's video game Xmas Number 1. We are even more appalled that this list was brought to our attention by ELSPA - the UK industry's peak body in cahoots with Ladbrokes - they don't call it 'Lad Broke' for nothing, eh readers?

The list is a long one and contains a number of games that, frankly, you'd be out of your mind to put 50p on. Although we appreciated Mirror's Edge for its style, it's not worth a 66/1 punt (if we knew what that meant). Frankly, Prince of Persia stands more of a chance, and it's not even quoted.

Far Cry 2 was also an appreciated outing from SPOnG's point of view. But you'd have the weekly wages Premier League football prima donna to think of risking a pony on it even at 40/1.

So, who are the serious contenders? You might like to refer to this week's chart before being disgusted and not putting down a few quid.

If SPOnG was going to crumble in the face of the wagering onslaught, we'd probably look closely at FIFA '09 covered by an each-way look at Mario Kart Wii mainly because - much as we love Call of Duty: World at War, we don't think that the grannies and aunties buying the games in the next two weeks will be comfortable with the warmongering.

One thing we hope for however, is the Need for Speed: Undercover doesn't make it. We'd cancel our account with Corals if that happened.

Oh, and Ladbrokes spokesman, Nick Weinberg, said, "The battle for Christmas supremacy gets bigger and better each year. It's now a staple part of our festive betting diet. Call of Duty is the field's stand out favourite. It's going to take a monumental effort to wrest the gong from the market leader's hands."

Either that or millions of confused relatives who bought Wiis last year and recognise Mario or like soccer.

What's your bet? Tell us in the Forum... be quick though.

So, here's the list in full as supplied by ELSPA (bless 'em!)