Microsoft: We are Competing with Nintendo

But apparently only in Japan 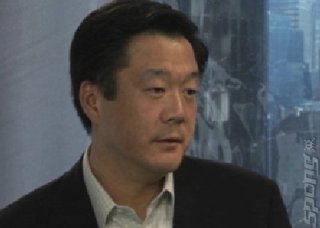 Shane Kim
Microsoft's Shane Kim* has been speaking to Reuters about the Xbox 360, Christmas, the opposition and the future. In doing so, he's finally come out and said that the Xbox 360 is competing with Nintendo if only in Japan.

Kim explained that, "We continue to focus tremendously internationally, Europe in particular is a very big area of focus for us," before continuing, "Japan has always been an important market for us. That's an interesting challenge because you're competing with Sony and Nintendo on their home turf there".

This is a odds with Aaron Greenberg (director of product management for Xbox 360 and Xbox Live) who told Gamasutra in July that, "I think for us, we don't really see the Wii as a direct competitor, we actually very much complement the Wii experience..."

So, Kim's statement is a refreshing admission that all three platform holders are in fact competing. It's also more straightforward than head of SCE, Kaz Hirai's statement in May that, "I feel that our competition is not Microsoft or Nintendo, but basically any form of entertainment that is competing for the consumers? attention".

Shane also commented on what shape the next console generation might take, stating "(the next generation) may not be hardware, graphical processing power. It could very well be innovations in the interface or the online services. If that's the case we feel very good about how we're positioned with Xbox Live."

Its okay to be in competition with Nintendo, don't feel bad. Just don't go changing 360 into Wii, because that's what you think we all want.

Its okay to be in competition with Nintendo, don't feel bad. Just don't go changing 360 into Wii, because that's what you think we all want.

They won't, they'll keep that for their next-gen console, that will copy the Wii-method. It will be badly copied though since MS will probably copy it from a sense that they just need to water down the mind-set they're doing now instead of building a new mind-set from the ground.

It's just pure market forces, but they were actually right that in the beginning they were not competing with Nintendo. Sony and MS overshot the market and Nintendo made a console that went for the masses in the low-end market and made specific games for that market to cater too. it's only too bad that people think those games are low-quality and don't take much effort to make. But since Nintendo is gradually moving upmarket, Nintendo does come into a position where they compete with Sony and MS, but eventually it will be too late.

It's called a disruptive strategy, a economic theory from Harvard and MS isn't very good at coping with a company that does that, just look at google.