Who is NOT Banning Gamers Now?

Everyone getting on the banned-wagon? 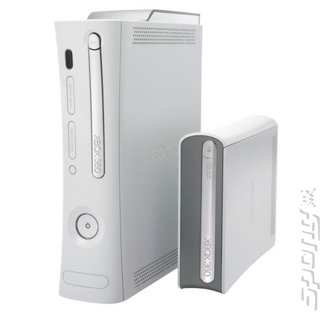 Kicked off by Electronic Arts on-again, off-again forum to game bans for Spore and Command & Conquer (and then all EA games... but not). It extended into not banning users but banning (some of) their content in LittleBigPlanet.

Next (Activision) Blizzard has announced the banning of 350,000 StarCraft and Diablo II accounts. Microsoft has also gone on the banned-wagon: first regarding people using pirated copies of the New Xbox Experience (NXE) GUI, and now with regard to modded Xbox 360s.

Blizzard and Microsoft's explanations for the bans bear strikingly similar introductions (definite conspiracy... we thought you'd like that):

Blizzard: "As part of our continued effort to ensure a fair and fun online experience for all Battle.net players, we have expanded our efforts..."

Microsoft: "In our our continued effort to keep gameplay safe and secure for our community of more than 14 million members, Microsoft has taken action against..."

Actually, not a conspiracy at all. It's simply a case of companies protecting their own interests, as you would expect.

"In our our continued effort to keep gameplay safe and secure for our community of more than 14 million members, Microsoft has taken action against a small percentage of Xbox 360 consoles that have been illegally modified in order to play pirated games.

"You should know that modifying your Xbox 360 console is also a violation of the Xbox LIVE terms of use, will void your warranty and result in a ban from Xbox LIVE.

"The health of the video game business depends on customers paying for the genuine products and services they receive, both from manufacturers and the local companies that support them. We will continue to employ and bolster anti-piracy security measures to counter piracy in the gaming industry and improve security in the Xbox LIVE community."

(Activision) Blizzard says, "As part of our continued effort to ensure a fair and fun online experience for all Battle.net players, we have expanded our efforts to remove cheaters from StarCraft and Diablo II. We have identified and closed over 350,000 StarCraft and Diablo II accounts which were found to be using third-party hacks.

"The Diablo II CD keys associated with the closed Diablo II accounts are now restricted from playing on Battle.net for approximately 30 days. Repeat offenders will have their accounts closed and their CD keys permanently banned from Battle.net.

As a reminder, we reserve the right to close the accounts and ban the CD keys of players who are caught cheating on Battle.net. Cheating ruins the game experience for legitimate players, and we will not tolerate it."