Animal Crossing Wii Out for Christmas 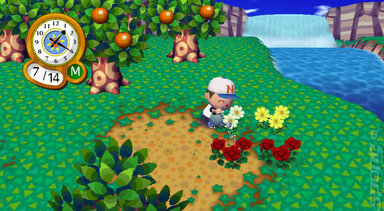 All Images (4) »
Animal Crossing: Lets Go to the City for the Wii is set for release in time for Christmas. Just.

Nintendo has stated that the game will be out this December. Previously we just knew that it would be out at some point over the Winter period.

Animal Crossing: Lets Go to the City popped up at E3 under the title City Folk. Apparently that sounded too cosmopolitan and/or metrosexual, since that's gone out the window here in Europe.

As well as being so cute that just looking at it will make your teeth fall out and your eyes turn to syrup, the game will be the first to feature Wii Speak. In a nutshell, it enables voice chat over Nintendo Wi-Fi. Rather than just enabling one-on-one conversation, however, the Wii Speak peripheral sits on top of your sensor bar and lets anyone in the room converse through the service.