Are tax credits the right route for the UK games industry? 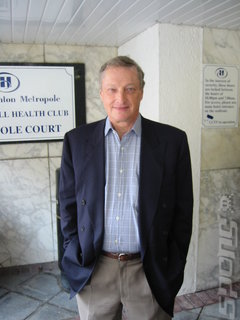 Chris Deering
Chris Deering, former head of Sony Computer Entertainment Europe and games industry veteran, has told SPOnG that the UK government can't be expected to match the highest bidder when it comes to tax breaks for the games industry.

Speaking on the subject of the UK games industry's condition, Mr Deering said, "There's been a lot of changes lately with the aggressive postures of Quebec in particular and Canada in general, but they're not alone. France has just made some changes and Singapore and Malaysia and other Asian areas. So, you could call a tax break, that's kind of a tool, but there are many other ways to help balance the playing field.

"There are other issues relating to the quality of talent coming out of schools, and I think that we don't want to be sending a message to the government that they have to match the highest bidder when it comes to bribes. They can't listen to that, it would be dangerous for them to listen to that ratchet wrench.

"But, I think it is important that we make it clear there are genuine issues and certainly tax relief is an easier thing for most governments to entertain than outright grants to pay for development directly."

His comments mirrored others made by Paul Wedgwood, owner of Splash Damage - the developer behind Enemy Territory: Quake Wars. Speaking to SPOnG, Wedgwood said, ?Having no tax doesn't guarantee the success of an industry, and I think an industry that's saying, 'oh, we should really be taken seriously' and then sticking it's hand out and saying 'can you give us some tax credits please'... they're conflicting arguments.

"If you say, 'we really want you to respect us (as an industry)', don't then stick your hand out and then ask for money back from the government", he said.

He went on to add that government involvement in the games industry could be a negative thing, telling SPOnG, ?And anyway, just moralistically, I'm not a big fan of business in the games industry. If it's possible to make games without the business part, I'd love that. Having politics involved...

"I don't want MPs to know that we're doing this and to come over and start getting involved. It's better without. There are tax credits, anyway, for research and development at the moment and they're so hard to take advantage of that I think having more wouldn't really make a huge difference. I don't really think that's the major problem.?