Quake Wars' Wedgewood: If a Publisher Buys You - You Die

But: things not too bad for UK industry 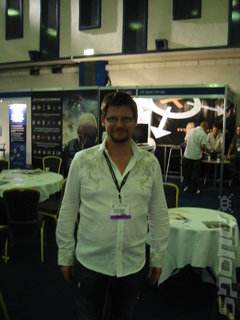 Paul Wedgwood
All Images (2) »
As controversy swirls around the future of Vivendi-owned studios following the company's merger with Activision, Paul Wedgwood of Enemy Territory Quake Wars developer Splash Damage told SPOnG that studios that are bought by publishers probably don't have a future.

Asked by SPOnG, in light of the doom and gloom some seem to perceive around the UK games industry, how he sees our home-grown offering, Wedgwood said, ?I don't really see... I mean, I see publishers shutting studios that they've bought, but then I'm anti publisher-owned independent studios anyway. That just follows my perspective of how I think things will turn out ? if you get bought by a publisher you probably don't have a future."

Earlier in the week, Activision Blizzard said that it is ?exploring options?, including "divestiture" of Birmingham-based Swordfish Studios. Swordfish is among several once-independent Vivendi studios that are facing "realignment" or having their options explored.

On a brighter note for our guys based in good old Albion, Wedgwood went on, ?For the UK industry as a whole, though, I think people like Rockstar North, Ninja Theory, Rebellion, Relentless, Splash Damage ? we'd probably argue that there isn't a problem with the games industry in the UK.?