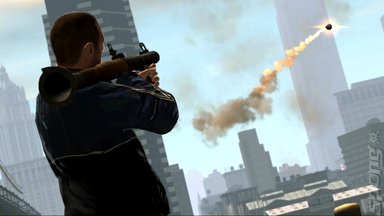 David Hajdu is the author of The Ten Cent Plague, a book that deals with the cultural impact of comics censorship in the 1940s and '50s. He has expressed concern about how games like GTA might be affecting society.

?When I see Grand Theft Auto or horror movies like Hostel 2?, Hajdu said, ?I think the youth culture today is not entirely a good one.... I am concerned at how slow this country was to respond to the horrors of Iraq, like Abu Ghraib. We cannot become inured to the effects of violence.?

Hadju's comment does not add up to a cry for censorship, but it feels a little uncomfortable hearing that from a man who has cast comic book creators targeted by censorship as victims. There would certainly seem to be parallels between the targeting of comics - a medium that the mainstream was unable to see as anything other than a child's pastime - in the fifties and the attitude of much of the mainstream media towards games now. Give us your thoughts in the Forum.

Update: For a spot of context, take a look at this quote from an interview with Hajdu?, ?...the object of parents? ire today isn?t comic books; it?s video games. GTA4. It?s a vivid parallel.

?And I have a four-and-a-half year-old. So I?m living as a parent with the modern-day version of these issues; what?s appropriate for kids, and what affect will exposure to?evil, to wrong?have on young minds? Is it a corrupting influence, or is it a release valve? And the issues are very complicated, and they?re timeless, and they?re very timely.

?What I learned from it that helped me as a parent is, take a deep breath and pause and reflect. Give the kid some credit. Kids are not idiots. The kids are people, and they?re able to read complex systems of codes. They understand, like I understood, that a comic is just a comic, and a game is just a game, and just the depiction of crime or horror in a game or a comic is not a romaniticisation or glamorisation. Sometimes it can be a way for the kid to come to terms with evil. God allowed Satan [to exist], because the presence of Evil reminds us of the imperative of Good.?