Acclaim's Perry: We Get $70 Per Player

Explains how to monetize your game... 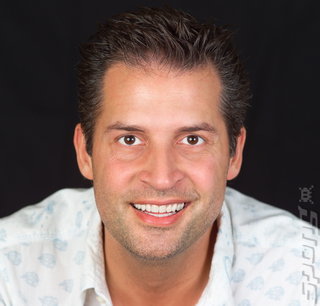 Dave Perry
Shiny Entertainment founder and current chief creative officer of Acclaim Games, Dave Perry, has been outlining 29 ways to make money from video games. Part of this list includes the fact that, "We get around $70 per paying player."

This comes from his fifth point "Pay Finder's Fee from First Dollar", in which he outlines how to encourage gamers (we assume to games such as Acclaim's MMO, 9Dragons) to get others to join up by paying them to recruit others.

Looking at other monetising models, Perry is somewhat cynical - but probably prophetic - when outlining the future of subscription-based games such as World of Warcraft. "...It's pretty great to get a subscription from people that don't even play, so expect more people to design games were they will clearly KILL your characters if you stop paying. Not good for players, but it's on the list as it's a monetization method", he writes.

He also touches on bricks'n'mortar retailers - and shows some bitterness, "The future of this space is pre-paid cards as the consoles will (in the future) go online only, distributing everything directly to the consumer, so retail (to make it worth selling the hardware) will need a cut of the software sales.

"Hence prepaid cards. The Gamestop tactic of re-selling USED games (to avoid paying for new product) will finally be over."

The entire list is long and makes fascinating reading. Check it out over at CNET.
Companies: Acclaim
People: Dave Perry