Puzo estate: "I ask you for justice." 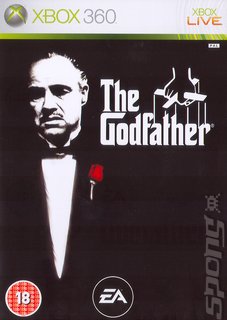 Paramount is being sued by Godfather author Mario Puzo's son for failing to dish up royalties from Electronic Arts' Godfather games.

Anthony Puzo claims that he is owed at least $1 million (Ł508,000) in damages for breach of contract. "In material breach of the audio-visual products agreement, Paramount has failed and refused to pay the Puzo Estate the sums due it in respect of the Godfather game", said a court document filed yesterday by filed by the Puzo estate's attorney, Bert Fields.

The reason Paramount is being sued and not EA is that the former holds the film rights to The Godfather, having licensed them to EA for the games released in 2006. Puzo claims that Paramount agreed in 1992 to pay his father significant revenues for any audio-visual products sold or rented using the Godfather license.

Mario Puzo died in 1999, leaving the bulk of his estate to his children. The suit contains the claim that Puzo Senior was paid "an extremely low price" for the film rights to his book as at the time he was a "young, relatively unknown author, struggling to support his family".

Maybe Paramount will argue that a game does not constitute an "audio-visual" product? SPOnG couldn't see that working. Looks like it might be a horse's head in the bed for Paramount...

SPOnG hopes that the suit does not interfere with EA's Godfather II, if only so we can see how close it is to GTA and what being "almost like an RTS" actually means.