But is it bigger than Christ... 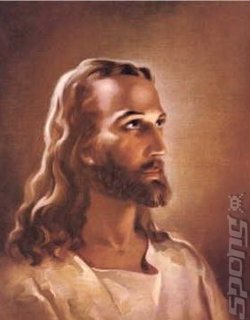 "I wonder, is GTA IV bigger than The Beatles?"
You've got think that the Rockstar board is quite possibly rolling around the floor, drunk out of its combined mind, setting fire to money with the sales and critical response to GTA IV. Fair play.

Maybe that's why its glorious leader, Strauss Zelnick, has made the following comments:

"Grand Theft Auto IV's first week performance represents the largest launch in the history of interactive entertainment, and we believe these retail sales levels surpass any movie or music launch to date."

This effusiveness is based on the following figures, which came courtesy of... Rockstar.

So, you would be quite happy, wouldn't you?

SuperSaiyan4 7 May 2008 12:13
1/3
I have to say Rockstar have done an amazing job with this game, I dont get frame rate issues and no screen tearing at all! Only in one place on the motorway I get a slight graphical issue but nothing of huge concern.

The water effects are fantastic as well when you go for a boat ride but the helicopter is very hard to control but could be just me.

Overall I would personally give this game a 9/10 from what I have played, the game doesnt do anything that much different and feel that the voice acting could be a bit better. But graphically is smooth no jaggies at all and trust me I can spot them blasted things *cough Halo 3 *cough*.
The 9 is based on the 360 version as to me it looks better than the PS3 version and it has the exlcusive DLC also rumble, achievemenants and with Xbox Live can talk to others whilst playing and jump in and out of games simple.

Well, we do - and we are. However, the decision has been made to actually play it. Frankly, a review based on a few days at Rock* or a few days prior the launch isn't going to cut it. Also, the basis for any review of any product is this:

'Would we recommend that our readers buy this product? Is it worth the money?"

In terms of GTA IV that's a moot question. If we had reviewed the game and had said, "Hidden inside one mission is trojan code that turns your Xbox 360 into a toaster and your PS3 into a set of heated curlers, and then both rape your pets" and that was true (it isn't for our less sentient fanboys out there), it would not have made one jot of difference. People were going to buy this game.

It was almost worth using that great standby of the lazy reviewer, "If this is the kind of game you like, then you'll like this game..." but not quite.

Therefore I've made the decision to let things die down (or get beaten down with a baseball bat) and then release the considered review.

However, if this is the kind of game...