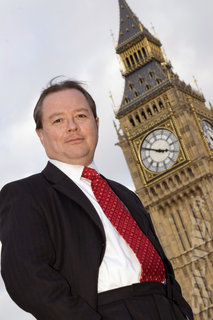 Paul Jackson
The Entertainment and Leisure Software Publishers Association (ELSPA) has called for PEGI (Pan European Games Information) to be adopted as the sole classification system for video games.

Following the giving of evidence to the Department of Culture, Media and Sport Committee, ELSPA's director general, Paul Jackson, said:

"We are an entertainment industry that produces games for all ages. It is important that during this period of consultation post-Byron we work with everyone to ensure the revised ratings platform is robust and future proof. As games move increasingly on line, we call on all parties to embrace the PEGI Age Ratings system. As an instrument of the Video Recordings Act it would have teeth and deliver the right system to help the public make informed choices about the games they play. We are delighted the DCMS Select Committee recognised the industry made a strong case for PEGI."

The government-commissioned Byron Review, which looked into violent games and their effect on children, recommended that PEGI work in conjunction with the BBFC to produce a comprehensive ratings system. In the immediate aftermath of the report, ELSPA indicated that PEGI might be "more appropriate".

ELSPA went on to quibble about how the new system will be funded, stating that the games industry should not be expected to foot the bill on its own. Tanya Byron's recommendation, however, clearly states that government should contribute to funding the system.

Meanwhile, the European Commission has said that Europe needs to tighten up PEGI.

Something that is unlikely to help is the decision by one retailer, Currys, to introduce its own ratings system?. While the system will not be exclusively related to age (it's reported it will focus on how fun, suitable and challenging games are) the extra rating plastered on a game's box is unlikely to make things any more transparent to parents who are apparently confused by current ratings.

Svend Joscelyne 30 Apr 2008 15:16
1/1
As much as I want the games industry to handle its own affairs itself, PEGI is not working as a ratings system. The age ratings are not as transparent as those from say, the BBFC (colour and emphasis make all the difference to a passer by who would only skim the front of the box), and the context-specific boxes ('Fear', 'Violence', 'Sex' etc) are just added guff.

Maybe they can work PEGI out, but I believe it's better to follow Byron's advice and team up with the BBFC to make a new ratings system for games. It would symbolise a clean slate and a new attitude to how games are rated.

Personally, I would love to have a BBFC'd style ratings system that is backed by law rather than advisory. It would certainly give the right kick that parents and adults need to finally understand that certain games have varying levels of content.