CEO not too worried 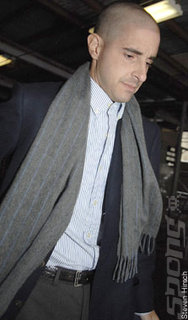 Ryan Brant
This morning SPOnG was pleased to tell you that Yorkshire-based publisher Zoo has been absorbed into a new global publishing company called GreenScreen. News comes this afternoon that Ryan Brant, the disgraced former CEO of Take-Two is back in the games industry and working at GreenScreen.

Speaking about the founding of GreenScreen, its newly appointed CEO Ron Chaimowitz said, "It was initially founded by Ryan Brant, Mark Seremet and Susan Cummings. Mark and Ryan were founders of Take-Two Interactive, and Susan was at Take-Two and actually worked with Ryan to build the 2K label very successfully from zero to $400 million over four years."

What he didn't mention was the fact that Brant narrowly dodged jail time after becoming the first CEO to ever be convicted of back-dating stock options. The upshot of this was Ryan being unable to act as an officer or director of a company for five years.

Was Chaimowitz bothered? A bit, but not too much. "Did I have concerns? Yes. Did I think it was a major obstacle? No", said Chaimowitz. "I think that what Ryan brings is a tremendous creative and strategic vision for product. The areas that will Ryan will focus on will be in those areas.

"He will not?and he?s not allowed to-to be on the board. He?s not an officer of the company. We?ll deal with any particular issues that come up from an SEC perspective as we go forward, but we?re fairly confident that they will be non-issues given the role that he?ll play in the company."

SPOnG can only assume that by that last comment Chaimowitz meant, 'we're not letting him anywhere near the money'...

And thanks to Monkeythumbs for bringing the connection to our attention.