It's all about creativity 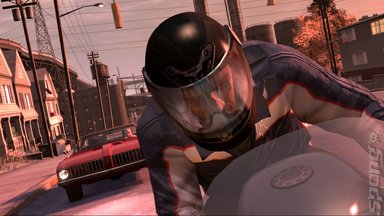 Once we'd got over the childish hurt that the usually interview-shy Houser had given a movie-based magazine the big 'in, we settled in to the words.

Fear not, one thing was made clear - even if GTA IV is simply "an interactive gangster movie", there is not going to be a GTA-themed movie-movie coming to a cinema near you too soon.

In terms of new information (if we accept that Rockstar makes games as cultural artefacts and not because games make money) the relevance of downloadable episodic content came up. Rather than waste several thousand words extolling the value of being able to extend the environment and story, Houser was more succinct and certainly less gushing:

"
"I think it?s an experiment. The idea of a world that?s you can drop bits into it, that?s interesting. But we?ll see how it goes. At the moment, there?s not much going on with it. We?re finishing off the last bits of this one and the only way we can really do this is by really focusing on it.

"Come April the 30 [the day after "GTA IV" comes out], then we?ll look at [September release] ?Midnight Club[:Los Angeles]? and the episodes and everything else. For the moment we?re all like, ?GTA 4! GTA 4! GTA 4!? If you want to launch a big big media product, it has to be all consuming.

"But yea, it?s interesting. Maybe it?s changing and maybe it?s not ready. You don?t really know what?s happening with that stuff and at the time we?ll see what?s going on."

So, if even the creative force behind Grand Theft Auto can't get too worked up over episodic content, you've got to wonder whether the rest of us should.

We'll leave the final word with Dan to sum up how he feels about pontificating over making games:

"While they (gamers) might find it interesting in the short term to read whatever crap I have to say, in the long term the less they know about us, the more they are able to lose themselves in the world."

deleted 21 Apr 2008 11:14
1/2
"While they (gamers) might find it interesting in the short term to read whatever crap I have to say, in the long term the less they know about us, the more they are able to lose themselves in the world."

I`m Sure shareholders dont feel that way tho!

Joji 21 Apr 2008 14:19
2/2
There'll never be much going on with episodic content, until development can be done at such a pace, to produce something good in less time.

Only good examples is Sam and Max, and next that FPS mods.

Valve tried it, but with the amount of time it took them, the earth had almost reached another ice age, til they realised their good episodic intention wasn't working. And its good Valve got out when they did.

They bought us Portal to their credit, but would they have noticed it, with their episodic world view clouding their view?