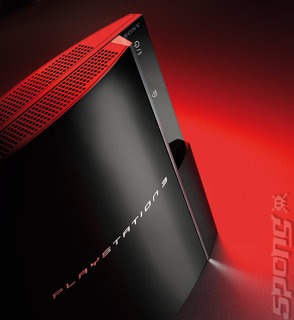 Updated: Sony has confirmed to SPOnG that Europe has, in fact, received BD-R LTH support in firmware update V2.20 for the PS3.

Support for LTH (Low to High) Blu-ray recordable discs, which use an organic dye recording layer, was kept quiet in the European announcement for the update, but has been confirmed by Sony's Japanese website. It is likely that the European update will also include the feature. SPOnG has contacted Sony for confirmation.

The process used for creating the discs enables companies to upgrade existing facilities that produce CD-Rs and DVD-Rs to produce Blu-ray discs rather than kitting them out from scratch. The upshot is that the format makes it easier and cheaper for new companies to produce the discs.

A price drop on Blu-ray discs could (when the cheaper versions make it over here) make the PS3 a more appealing purchase for consumers who actually want to treat it as a media hub rather than a games machine.
Companies: Sony

This is not Aint It Cool News. Kindly f**k off.

Daz, you waisted a post! You could've been second. There's always next time.

Daz, you waisted a post! You could've been second. There's always next time.

SuperSaiyan4 27 Mar 2008 11:09
6/7
Wow these updates keep on coming and lovely updates for the blu-ray player...What about games and online content??

ken 27 Mar 2008 12:35
7/7
SuperSaiyan4 wrote:
Wow these updates keep on coming and lovely updates for the blu-ray player...What about games and online content??

should be some good stuff out this year. and I heard even the xbox might get something worth playing by next year, but that was just a rumour, I guess ms will drop support for it by the end of next year, as if any of them will still be working by then. I wonder if they'll catch up on the third try?