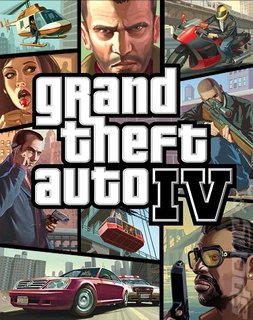 Lawrence Abramson is a Managing Partner at lawyers Harbottle & Lewis LLP - a company that represents Take Two Interactive and Rockstar. He has revealed his understanding that the forthcoming Byron Review into violence in video games is expected to, "...recommend that the regulation of games is taken outside of the BBFC/VAC procedure altogether and that instead the role of PEGI should be enhanced.”

Looking at it that way, maybe one system would make sense.

Speaking in an interview today±, Abramson stated, "I understand that Tanya Byron is expected to recommend that the regulation of games is taken outside of the BBFC/VAC procedure altogether and that instead the role of PEGI should be enhanced".

In a strange decision - bearing in mind that the VAC has just ensured his client's game will go on sale - he then proceeded to slam the VAC, saying, "The problem as I see it with the current system of classification is that the members of the Video Appeals Committee do not as a general rule play games.

“And so we find ourselves in the position on appeals that the body charged with determining the appeal are incapable of replicating the experience on which they are supposed to be sitting in judgement.”

The fact that Abramson has voiced his understanding that PEGI - the Pan European Games Information rating system - should be 'enhanced' according to Byron, comes as no surprise; this opinion has already been expressed by Microsoft's Xbox boss in the UK, Neil Thompson.

Back in February, Thompson stated±±, "If there’s going to be one ratings system, it should be PEGI. With PEGI, they think very carefully about age appropriacy…but the BBFC is set up to rate films, and it takes that approach for games when a different approach is required".

Whether a total reliance on a pan-European system would get through the relevant parliamentary procedures, however, is far from clear in a country that still refuses to opt for a single currency. Working in favour of PEGI is the fact that a UK government would not have to pretend to understand the video gaming industry or consumer, and could simply 'blame Europe' for difficult or contentious game rating decisions.

Bentley 18 Mar 2008 15:30
1/2
I don't like the idea of a Europe-wide ratings system. For example, if the Germans said "nein" to a game, would that mean we Brits can't get it too? Although if that means people make less WW2 games, perhaps it is a good thing.

Tim Smith 18 Mar 2008 15:59
2/2
Bentley wrote:
I don't like the idea of a Europe-wide ratings system. For example, if the Germans said "nein" to a game, would that mean we Brits can't get it too? Although if that means people make fewer WW2 games, perhaps it is a good thing.

As we (well, me) say (well, says) I don't think that the UK government will let censorship/certification issues devolve (well, evolve) to Europe. Also, PEGI is - at heart - a self-regulating system whereby devs/publishers fill in a questionnaire and send it to a central Dutch authority.

Of course the publishers prefer it.

On the wider political issue, if the Brown government says, "Let the Europeans handle what we can sell to 'the kidz'" the Daily Maul and the Daily Excess (also The Torygraph) would have a total field-day. "We won't get a referendum! But Johnny Foreigner Can Tell Us What Filth Our Children Can See!!! Outrage!"

So I really can't see it happening.

I can see the Byron Review recommending that the BBFC is taken away from games and that a new organisation is set up. However, that'll die in committee as everybody says, "Great idea, but not on my departmental budget".