The country that gave us Saw won't let itself see a game... 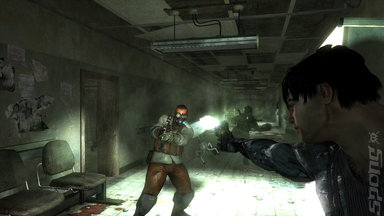 The Australian Classification Review Board (equivalent to the British Board of Film Classification) has decided to refuse Digital Extremes' 'action-thriller' Dark Sector a rating. Effectively banning it from sale.

Dark Sector, "thrusts players into the role of Hayden Tenno, an elite black-ops agent" and is, well, quite a violent little thrust as well. Possibly the Aussie censors were put off by the fact that the game has been one of the first confirmed to have Sixaxis Rumble for PS3?

Possibly the board felt that the violent game might detract attention from the violence in those really life-affirming Saw movies that leapt from the brains of Melbournites James Wan and Leigh Whannell? Nah, we're just being churlish there.

It's not as if the Aussie board hasn't already refused to classify 63 video games since 1994! You can check them out here. There is also a good running commentary at Refused-classification.com.

63 banned games - let's hope that the Byron Review, which is exploring UK game classification and is due out (including the leaks already available) next month hasn't included a trip to Sydney in its studies.
Companies: Digital Extremes
Games: dark Sector