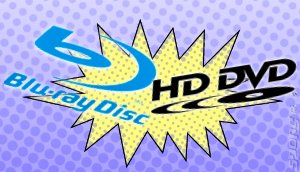 Update: Microsoft has responded to SPOnG's request for comment be re-issuing the statement it made yesterday. ?We do not believe the recent reports about HD DVD will have any material impact on the Xbox 360 platform or our position in the marketplace. As we?ve long stated, we believe it is games that sell consoles and Xbox 360 continues to have the largest next-gen games library with the most exclusives and best selling games in the industry?, a representative told us.

As for if and when we will see a Blu-ray drive for the Xbox 360, we were told, ?We do not comment on rumour or speculation?.


Original Story: War is over! Toshiba has confirmed that is dropping the HD-DVD format, which competes with Sony's Blu-ray. The admission comes in a press release stating that the company will, "no longer develop, manufacture and market HD DVD players and recorders".

The reasoning? Atsutoshi Nishida, president and CEO of Toshiba Corporation, tells us, "We carefully assessed the long-term impact of continuing the so-called 'next-generation format war' and concluded that a swift decision will best help the market develop.

"While we are disappointed for the company and more importantly, for the consumer, the real mass market opportunity for high definition content remains untapped and Toshiba is both able and determined to use our talent, technology and intellectual property to make digital convergence a reality."

The company will wind down its shipments of HD-DVD players and recorders, aiming to stop providing the machines entirely by the end of March.

This comes following a number of recent blows to the HD-DVD camp. The most recent (and arguably the last nail in the coffin) was the decision from Wal-Mart to no longer sell HD-DVD products in store. Prior to that, we saw US consumer electronics retailer Best Buy turn away from the format and online US rental service Netflix opt to drop HD-DVD from its offering.

So, what does this mean for Microsoft and the Xbox 360? Yesterday, SPOnG told you that Microsoft was adopting a 'wait and see' policy with regard to Toshiba's next move before making an announcement on the future of its HD-DVD player peripheral. Well, the decision from Toshiba is in, but we're still waiting on a decision from Microsoft. Given Toshiba's surrender in the format war, however, it is highly unlikely that Microsoft will continue to support HD-DVD.

Rumours are circulating, however, that a Blu-ray drive for the 360 is in development and could be with us as soon as May.

Before Toshiba's announcement was confirmed to be more than rumour, May appeared a tad soon. With the confirmation in place, however, the timing now verges on the probable and not just the possible. The fact that as of yesterday, Microsoft still hadn't been advised by Toshiba as to the future of the format, could add a some time to the equation though.

SPOnG, for one, is glad to see this whole bloody war over so that we can focus on the aspect of the console business that really matters - games.
Companies: Microsoft Sony Toshiba

Am sad and upset that HD-DVD which is still imo the superior format and is region free on ALL movies has to end hopefully something can be done for the existing owners and or some reductions on hd-dvd movies as I will still purchase them.

You cant when them all but at least Microsoft is winning the console war against Sony 18million vs 9million aint half bad...See what I did there? Lol.

And how is HD-DVD the better format? Its region free and has a 'better name' is all you seem to say. Never mind that it doesn't hold as much data.

Oh, and the PS3 has sold 10 million, as the news sites have reported today. Although the 360 maybe in the lead for now, its stalled and the PS3's catching it up. Remember, its a marathon, not a sprint, and in the grand scheme of things Sony looking to the future with their technology will help it. Oh, and so will the better games coming out for it this year.

And as Sony had a hand in developing Blu-Ray and adopted it as format of choice for PS3 and this certainly helped Blu-Ray win the battle, it is, for all intents and purposes, Sony's Blu-Ray. Being pedantic won't help you mop up your tears and just makes you look even more stupid than everybody already knows you are.

You picked a side, and you lost. Take it like a man and stop being so petty. Tit.

And as Sony had a hand in developing Blu-Ray and adopted it as format of choice for PS3 and this certainly helped Blu-Ray win the battle, it is, for all intents and purposes, Sony's Blu-Ray. Being pedantic won't help you mop up your tears and just makes you look even more stupid than everybody already knows you are.

You picked a side, and you lost. Take it like a man and stop being so petty. Tit.

who want's the box-set only the first film was any good, the other 2 where pure chick fliks

SuperSaiyan4 wrote:
ITS NOT SONY'S BLU-RAY!!
Blu-ray as a disc format, i.e. the physical disc structure, frequency of light used and the file-system was developed by Sony and Pioneer as "DVR Blue", but the technology was based on another disc system "Ultra Density Optical" that was all Sony. These formats used a caddy system until TDK developed an ultra-hard coating that was subsequently used in Blu-ray discs.

As far as I can see Sony did most of the development that resulted in the Blu-ray disc. We could have had a caddy system now and it would still be Blu-ray.

After you have the disc structure, of course, you need the software codecs, DRM and players to be developed in order to have a media platform and then you still need content. That's where the other members of the Blu-ray Disc Association came in.

Blu-ray as a platform includes technology from a large range of companies including Microsoft since support for its VC-1 codec is a mandatory requirement of even a 1.0 profile Blu-ray player. Even with VC-1 there are 15 companies that hold relevant patents.

However, codecs, DRM and content are all just software. You could use them all on DVD, almost all of the Blu-ray codecs and DRM systems are used by the HD-DVD platform.

It's a fairly accurate description to call Blu-ray "Sony's format" in the same way that Philips is usually credited with developing the CD, but Sony was actually a co-developer.

Or, come to think of it, the way that Windows is considered Microsoft's product when many other companies have contributed code or patent licenses to the operating system.

The only difference being that Sony decided to set up an association of companies to manage the platform instead of going it alone.