Harsh lessons in game development taught down under. 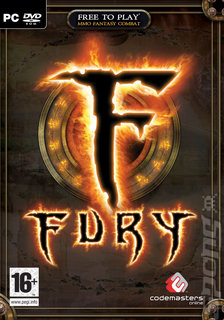 You may think that Christmas in Australia is all sunshine, beaches, insane fights at the fish markets, foolishly well priced wine, and AC/DC compilation DVDs playing at full volume over suburban swimming pools; in short, you might think it's one big party.

Well, not if you worked at Auran. The Australian developer of Fury and 'best-selling train simulator' Trainz has gone into voluntary administration just before the Xmas.

The story began when Auran was forced into voluntary liquidation because of poor sales for its online multi player game, Fury. The company had spent some AU$15 million (Ł6.4m) in developing the game. That said it had also secured a seven-figure investment from National Australia Bank as well as AU$2million in federal government financing.

According to the Murdoch-owned Australian newspaper, funding was not Australian-only, "Auran has attracted $US3 million in funding from China's CDC Games, and Mr Hilliem will be visiting its headquarters early next year to negotiate co-development deals to distribute Fury."

Mr Hilliem does, in fact, appear to be coming out of the debacle reasonably well, having taken himself and 15 and 20 people to Fury's licensee N3VR41L Publishing.

So, why the disaster that has seen so many people made redundant? Hilliem is straightforward, "in hindsight, we got the pricing wrong".

Well, there's a lesson to learn.

As you may expect, the news of Auran's death has not been greeted in jolly spirit by former staff or game fans - especially not if comments on the Aussie industry board, Sumea, are anything to go on. Here are just a few tasters:

A poster called 'farmergone' pointed out that, "The rumors are true, my job is pwned. despite what people are saying, Tony Hilliam is a good person and hes been behind the project the entire way, he is realy the heart and soul of fury, no one has put as much cash sweat and effort into fury than he has, but (Creative Director) Adam Carpenter can suck my dick."

Possibly the one quote that other developers should have pinned to the wall comes from an anonymous poster:

"Liquidation is fact. Desks are cleared, people have gone home and are now on Sumea looking for jobs. :-(

"I wonder how long until a second company springs up (Auran Developments is just a shell within the Auran Group), which will run 'core' Fury and Trainz teams.

"Everyone got royally shafted at Auran - but I don't think anyone was surprised by this. The Executive Producer Tony Hilliam was designing the game on the fly with Adam Carpenter, the Creative Director - usually with no consultation with design or other leads or the production schedule. EVERY release of Fury was around 3-6 months before it was ready, as design changes were made a week before release. No focus testing was done, no one listened to staff complaining that the game was unfun, that it was unfriendly for new players and that it needed lots more work before release. Only when Adam/Tony thought of any issue themselves did things get done - which was usually a long time after the first staff member noticed it and made a suggestion. The list of 'on hold' suggestions and feature requests for Fury would make a very good PvP game.

"Marketing was completely separate and clueless from Development and the whole project felt amateurish - strange from one of the longest running games companies in Australia (11 years). Upper management is clearly at fault here - project direction changed way too often, morale had been low for months, crunch time lasted 6 months, we had built at least 5 gaems, throwing out large amounts of work every time Tony/Adam decided that they needed a different game made. I have never seen a game made with such a fluid plan - there never seems to have been anything set in concrete, or even remotedly stable."

Did you work at Auran? Have you played Fury? What's your opinion on how that much funding could result in so many job losses? Tell us in the Forum.

Thanks to Nathan for input.