Be A Video Game Designer for a Day

Help the Big Brothers Big Sisters charity by telling Sony what you think of their games. 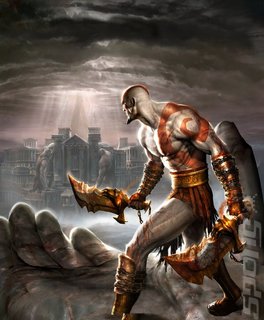 All Images (2) »
Have you ever wondered what goes on inside a large developer such as Sony Computer Entertainment's Santa Monica Studio? Would you like to tell Sony staff what you think of their games? Are you over 18? If you answered "yes" to all of those questions, read on.

Big Brothers Big Sisters of Greater Los Angeles and the Inland Empire has teamed up with the nice folks at SCEA to provide a once in a lifetime opportunity to visit SCE Studios Santa Monica, home of the God of War games, and help shape an upcoming, currently unannounced under development PS3 game. The auction winner and a guest will spend a day at the studio, checking out what goes on behind normally closed doors, talking to the director and designers of the game and playtesting part of the game.

The auction is being organised by Charity Folks, an online auction house who work exclusively with non-profit organisations and charity-related events. A full 80% of the winning bid will go to Big Brothers Big Sisters with the rest going to cover the administration costs. Charity Folks has raised over $5.5 million dollars for good causes since 2006.

So if you are interested in entering this auction and helping to support a worthwhile cause this holiday season, then head on over to the auction page and place your bids. But you'd better hurry because the auction closes at 6 PM EST on the 5th December. At the time of writing, the current bid is $350 which must be a bargain for such a great day out.
Companies: SCE Studios Santa Monica
Games: God of War God of War 2 God of War: Chains of Olympus