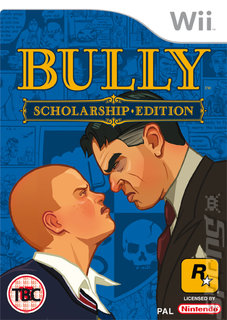 Nice, one Rockstar! SPOnG has played Canis to death and ? lawmakers and anti-videogaming campaigners take note ? it has not made us want to bully anybody any more so than we previously did before playing the game. It did, however, make us laugh a lot and kept us hugely entertained for months. Funny that?

Xbox 360 and Wii owners will soon be able to get their filthy mitts on Bully: Scholarship Edition later this very month.