Call of Duty 4 Beta Live In US

Brits to get their shot later 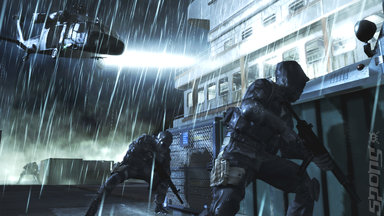 All Images (3) »
The wait to get your mitts on Call of Duty 4: Modern Warfare is over. Well, if you happen to be an American Xbox 360 owner, at least. The multiplayer beta is now up and running on Xbox Live.

Activision has, however, revised its plan to open up slots on a first-come, first-served basis. An update on the game's official website, Charlie Oscar Delta, tells us:

?Due to overwhelming interest in the Call of Duty 4: Modern Warfare Multiplayer Beta, we will no longer be accepting entry into the program on a first come, first serve basis. To ensure everyone has a fair shot at getting in, the Beta Registration System has been reopened, and will remain open for the next 24 hours.?

Americans will be able to sign up until 7pm Pacific Standard Time today (2am tomorrow in UK time). A lottery will then be run, with tokens that allow entry being rolled out steadily. If you're one of the lucky gamers who can get involved, follow this link.

It's not all bad news for non-U.S. CoD fans, however. It has been confirmed that UK gamers will get access to the beta, along with folks from Canada, Austria, Belgium, Denmark, Finland, France, Germany, Ireland, Italy, Norway, Netherlands, Portugal, Spain, Sweden, Switzerland, Australia and New Zealand.

This comes after mixed messages from Activision suggesting that the beta would be U.S.-exclusive.