Game News From Japan: Why Are People Buying PSPs? 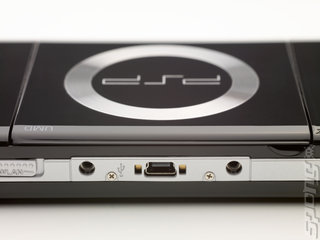 Why are so many people still buying PSPs? It's bizarre that 33,715 people in Japan this week seem not to have realised that the PSP-2000 model (pictured) is due next month. (I sold my PSP last week in preparation for the arrival of our new portable Sony overlords.) The other question is: what are Japanese PSP owners playing? With 'nary' a PSP title in the Top 20 best-selling games this week, the answer is probably that they're all devouring media from their Memory Sticks. Well, fair play.

The DS Lite, here to stay and with no imminent upgrade planned, is selling like still-warm bakery. 153,834 units were bought up this week (according to Media Create's official stats). At this rate, in about two months the DS will reach a round number with lots of noughts and a two at the front; 20 million machines sold in Japan. It's quite popular.

Although the Wii is still outselling it by a ratio of more than 3:1, the PS3 has experienced a slight upturn in its fortunes on the back of Minna no Golf 5. It's now selling at a steady rate of around 20,000 machines per week (21,720 PS3s were taken to homes across Japan last week). Problem is, where's the next hit of Mingol proportions? Looking at the PS3's Japanese release list here, there isn't a single such game coming out between now and November (which is where my list ends). Perhaps Winning Eleven will show up before December; otherwise, Japanese PS3 owners will have to pin their hopes on last-minute revelations at the Tokyo Game Show.

As for the big games of the moment, Mario Party 8 is the biggest. More than 616,000 copies have been sold during its first three weeks on sale; it seems inevitable that it'll become the Wii's next million-seller. And speaking of seven-figure numbers, Wii Sports this week moved beyond a grand total of two million sales. The decision to sell Wii Sports separately from the Wii hardware in Japan was probably one of the shrewdest business moves of 2006.

Next month, I'll be taking the bullet train up to Tokyo for TGS. It'll probably be a lot funkier than anything you could throw in Leipzig, and I'm hopeful that publishers will be using this year's TGS as an opportunity to show the world what their PS3 plans are. If they don't have any good ones by next month, I'll be asking "why not?" and frowning a lot.