Shake a stick at the Games Convention, you'll hit something from Atari 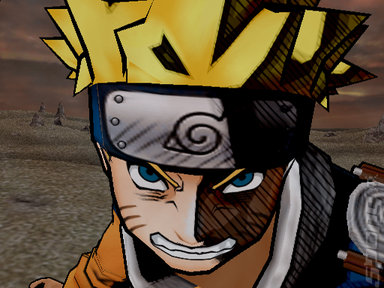 Naruto: we honour you!
Atari is "unveiling" the first playable versions of The Witcher and Ace Combat 6: Fires of Liberation at Games Convention 2007 in Leipzig, Germany, from 23-26 August:

And that's not all... we're also informed that playable demos of Eternal Sonata, Asterix At The Olympic Games, Dragon Ball Z: Budokai Tenkaichi 3, Naruto: Ultimate Ninja 2, Tamagotchi: Party On!, Race 07 and Obscure 2 will also be on show.

The Witcher
The Witcher from Polish developer CD Projekt gives players the 'chance' to "...slip into the role of white-haired witcher Geralt, a legendary monster hunter and master swordsman. Additionally, the specially constructed Witcher Cinema at the Atari booth will give visitors the exclusive opportunity to watch the full 7-minute CGI opening movie from the game."

Ace Combat 6: Fires of Liberation
"Developed by Namco Bandai Games for the Xbox 360: "Visitors to the booth will be able to test their flying skills and command the allied assault force of aerial, naval, and ground combat units in the single player game with its captivating photorealistic graphics".

Dragon Ball Z: Budokai Tenkaichi 3
For Wii and PS2. "Over 30 daytime and night arenas, and more than 160 playable characters. The unique PS2 ?Disc Fusion System? lets players insert either Budokai Tenkaichi 1 or 2 into the console to unlock brand new gameplay modes, while players on Wii can enjoy online multiplayer battling for the first time ever and an enhanced combat system."

Asterix At The Olympic Games
This PlayStation2, Nintendo DS, Wii and PC outing "...features a mix of live action, CGI and video game animation", and is based on the film of the same name which is scheduled January 2008 European release. Says Atari, "In addition to the single player game, the two-player option and a host of mini-games offer even more hilarious fun."

Obscure 2
"Together with six students, the player has the job of revealing the mystery of the surreal events at Fall Creek University, and of facing up to the repellent and grotesque creatures that pop up in the course of the investigations. Each of the characters is provided with its own set of special abilities that can be deployed skilfully to escape the horrific events. The chilling atmosphere is enhanced by a gripping soundtrack featuring the Boston Symphonic Orchestra and the children?s choir of the Paris opera", spooky - or a twist on a tried and tested formula? We'll let you know with our coverage.

Eternal Sonata
Last and most weirdly is the Xbox 360 game based on classical Polish composer Frédéric Chopin. "While lying on his deathbed, Chopin has a fantastic dream set in the hinterland between life and death. Here he encounters people who will change his own outlook on life: a young girl facing a cruel fate and a young boy fighting for her salvation. In an epic tale moving between dream and reality, Chopin discovers the light that shines within all people". Well, yes.

Also, according to Atari's release, it's celebrating its 35th anniversary year - now, why we can see what's going on here but it's sort of like saying that a tour featuring drummer Paul Cook and three other blokes is the same as the "Sex Pistols' 31st Birthday Tour"... too many line-up changes man... but good luck to Atari and we'll help to blow out some candles!
Companies: Atari
Games: Ace Combat 6: Fires of Liberation Asterix at the Olympic Games Dragon Ball Z: Budokai Tenkaichi 3 Eternal Sonata Naruto: Ultimate Ninja 2 Tamagotchi Party On! The Witcher

160 characters to play as in Wii DBZ? No that's a beat em up battle royale. Add the online element, and some might turn into walking corpses from playing marathons. Naruto and DBZ will shift enough for them, both good games.

Obscure 2, I heard is suppose to be on Wii too. Should prove interesting, and lift an otherwise pasted by horror game series.

I love the look of the Witcher. Nice, dark and gloomily menacing. 360 version, please..

That's all great, but where's the Ready to Rumble Wii news, Spong.