Microsoft Lusts After Your Mum 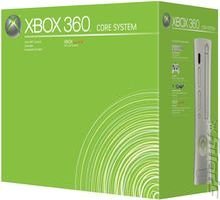 Microsoft has indicated that it plans to make a stronger play for the casual market in order to expand its demographic.

Speaking with Bloomberg, Peter Moore, head of Microsoft's interactive entertainment business division, said of the wider audience that the Nintendo has reached, ?If we don't make that move, make it early and expand our demographic, we will wind up in the same place as with Xbox 1, a solid business with 25 million people. What I need is a solid business with 90 million people."

Microsoft's director of Xbox global platform marketing, Albert Penello, echoed the sentiment. Discussing Microsoft's assertion that it's winning over female gamers with Guitar Hero 2 (you can check out this week's Girl Gamer column to test that assertion), Penello said, ?If you don't start building that content and reputation it never comes. I don't want to be pigeonholed as a hard-core machine.?

Microsoft also acknowledged the appeal of a sub-$200 console, with just the faintest whiff of a hint that it might be looking towards a lower price-point for the 360. ?We are well aware that the sweet spot of the market is really 199 bucks (Ł101),'' said David Hufford, a director of Xbox product management.

Clearly there's no solid commitment to a price cut in Hufford's comments. That said, unless he loves Nintendo far too much and missed PR training day, Microsoft would appear to have a price drop on its mind.

To hit that ?sweet spot?, however, Microsoft would almost certainly have to keep the Core 360 on the market. There has been much speculation that, in the wake of the Elite's release that the Core model will drop away to be replaced by the Console bundle as the cheaper Xbox machine. Getting the Console package down from $399 (Ł279.99) to $199 would be a huge drop, however. Getting the Core system down from $299 (Ł199 over here), however, might just be doable.
Companies: Microsoft
People: Peter Moore

OptimusP 8 Jun 2007 21:01
1/2
Aaah, Microsoft realizing something too late...nothing new. This new approach is doomed to fail. You're console is almost 2 years out which means it's marketperception is practically set in stone. Get ready to be a system supported by 30-35 million people.

Only huge shock-tactics will work now and offcourse MS does have the funds to pull something like that off. So... it could still happen, but not at this mudding trough pace.

Viva Pinata seemed potentially more about a new audience. But it's a drop in the ocean. And you can get Guitar Hero on PS2.

However, I have heard some of Xbox Live Arcade's mini games appeal to casual gamers. But I've never had an Xbox myself to know first hand what those downloads are like.