LocoRoco Creator: I've Got No Interest In Wii

Wii Remote and Sixaxis the same. 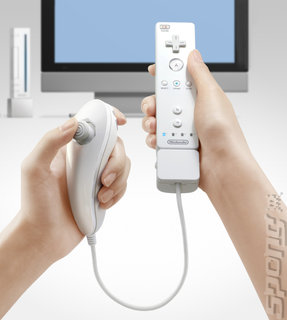 All Images (2) »
The creator of Sony's LocoRoco, Tsutomu Kouno, thinks the Wii Remote and the PS3's Sixaxis are nearly the same.

?I don't have much interest in making a game for Wii. I've already played Wii and checked out how the controller works. The only difference between Wii and PlayStation 3 [control systems] is that the Wii uses a pointing device, whereas the Sixaxis has motion sensing.?

He seems to be missing the fact that the Wii has both motion sensing and the ability to register where the remote is in space.

It's all irrelevant to Kouno, anyway, because he finds motion-sensing controls ?quite tiring.?

Kouno's actually more interested in he application of cameras for gaming. ?I'm actually sensing much more potential in the EyeToy camera, which could be used without holding any controller,? he said. ?...[imagine if] you could just hold your hand up and pressing buttons by moving your finger.?

Minority Report, here we come! But maybe someone should tell Kouno that the EyeToy is, like, so last-gen. SPOnG has a PlayStation Eye now, don'tcha know.

?I think it would be best if we could play using our hands, without even touching the controller,? Kouno added. ?Soon, our body movement will be recognisable. So Wii currently has a boxing game where you use the controllers to punch, but if the camera can recognise our moves we won't even have to hold controllers.?

Kuono also took a moment to talk about the in-development LocoRoco 2. ?It's basically the same, but I've also added something new,? he said. ?There aren't too many system changes, but we created new AI and new gimmicks with the physics calculations.?

Is the Wii Remote basically the same as the Sixaxis? Answers in the Forum, please. If you don't know what LocoRoco's all about, head over to SPOnG's dedicated game page for more information.

RiseFromYourGrave 23 May 2007 13:12
2/6
for his game, they would probably work just as well as eachother. though i think he's consciously oversimplifying it immensely, as he is in sony's pockets isnt he. and the sixaxis would just be a dual shock 10 or whatever if Nintendo werent taking the risks for them.
more comments below our sponsor's message

sweetchuck 23 May 2007 14:59
3/6
So he thinks motion controls are "quite tiring", and yet thinks that waving around your hands in front of a camera is the next step? Does that make sense to anyone?
And the wiimote differs with its ability to sense placement in 3d space, not just movement through space, giving you the ability to raise and lower boxing gloves while punching and to put spin on a bowling ball, for example.

tyrion 23 May 2007 17:55
4/6
sweetchuck wrote:
And the wiimote differs with its ability to sense placement in 3d space, not just movement through space, giving you the ability to raise and lower boxing gloves while punching and to put spin on a bowling ball, for example.
The placement in space ability is linked to the sensor bar and only comes into play when the Wii Remote is pointed at the screen. When bowling in Wii Sports, it's just the motion sensing that is being used, spin is added by twisting your wrist.

Tony Charles 23 May 2007 19:55
5/6
Who is this idiot I'm sure I remember that the original PS3 prototype had boomerang shaped bog standard dull controllers. Suddenly when Ninty unveiled their unique innovative controller $onys design magically changed to tilt control, hows that for a coincidence.If game designers don't know what their mouths are talking about they should keep it shut and retire dumb asses.