Microsoft gears up for PS3 launch 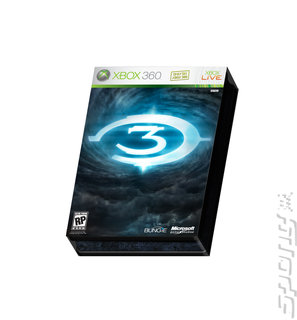 All Images (6) »
Microsoft has released some titillating new images of Halo 3's packaging. Never one to miss out on Halo spiffiness, SPOnG's got the goods.

The images show the regular edition pack, with more detail than has previously been seen, in various states of undress. Microsoft's also showing off the outer packaging for the Legendary Edition.

The images come suspiciously close to the upcoming PS3 launch. The more jaded among us might speculate that PR skull-duggery is afoot here. SPOnG, however, would never subscribe to such flagrant cynicism.

The timing does beg the question, however, of when Sony's going to get its arse in gear and show us an exclusive killer-FPS for the PS3. Resistance: Fall of Man's good fun, but it's hardly a Halo-killer. Sony Studios doesn't seem to have the goods, and as for third party developers, well, SPOnG's reminded of Phil Harrison's recent comments about the PS3's inability to hold down a GTA IV exclusive.

Microsoft has also made a Virtua Tennis 3 demo available via Xbox Live this morning. Again, the cynical cads amongst the gaming community might suggest that Microsoft releasing a demo of a game that will feature in the PS3 launch line-up smacks of a PR offensive. Shame on them!
Companies: Bungie Microsoft Sony
People: Phil Harrison
Games: Halo 3 Resistance: Fall of Man Virtua Tennis 3