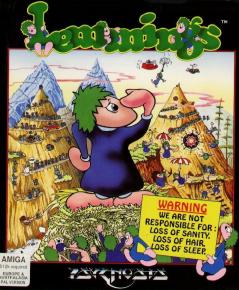 Reports in development circles indicate that independent developers without a signed project with a publisher will not be getting hold of Wii development kits any time soon. To bring you up to speed, Nintendo had gone to great pains to explain that it would welcome independent efforts to supply software for the Wii (both in the traditional sense and over Virtual Console).

Applications opened for Wii kits in early 2006 and Nintendo dragged its heels over offering a date. Following mounting pressure a delivery date for the first round of kits was slated for sometime in January. However, it appears that this date has been missed and no revised timeframe offered.

From WaterCoolerGames?: "According to our contact, the Wii Independent Developer Program is "on hold" until the end of the month, because "the Wii publishers are taking all of the available inventory, and more." In other words, Nintendo doesn't have enough kits to cover the demand for all those crappy licensed games, let alone more original work."

Nintendo is a firm with an unerring eye on its bottom-line. Its president, Satoru Iwata, sits atop seven years of glorious commercial success and right now, it seems as though churning out licensed games from the big publishers is going to make Nintendo money. Sending out development kits destined for the hardcore elements of the homebrew scene is not.

Of course, this strategy is short-termist at best, downright stupid at worse. The Wii and its Virtual Console network simply need the sort of content Microsoft and SCE are fighting over for their own online offerings. There is a time limit to the novelty of paying old (?classic?) games you've bought already (and can steal from the Internet) should you want to play them again. Nintendo needs to back what is certain to be a community tripping over itself with ideas, several of which will likely produce the Lemmings, Lumines or Worms of the current generation of Nintendo hardware.

If you're in Nintendo's queue for a Wii dev kit, get in touch with us at feedback@spong.com.

Its true that Nintendo have to play a cautious game this time, because of many developers receiving kits (N64 and GC) then either producing games that eventually get canned, or just end up being ported to rival systems.

Indies need help too, but perhaps Nintendo should look into pushing out those adjusted GC kits again, since its better to have something to work on than nothing at all, then indie developers can adjust their game to Wii spec later.

Don't shoot the indies or homebrew down, because while licensed games might sell, a balance to the Wii force is sorely needed in their help. Indie games will show their hand soon I bet, come the next games show. Ideas are out there but many of the big guns won't take the risk on them. PS3 is on the horizon, galloping towards Wii success and gaining pace. Once PS3 is online, Nintendo may have a battle on their hands. A Nintendo Wii hard drive might be a good idea about now.

Perhaps a real solution would be for Nintendo to run a regular competition, to nurture and get creatively smaller folks content noticed (kind of like XNA), with the winners receiving those contracts they desire. How else are Nintendo gonna see what's out there otherwise? Suggestions anyone.

I yearn for the day that developers outside of japan get their talent nurtured in the same way the japanese do, probably never happen but there you go.

Let's hope things improve in a month on this one.