Something for the Weekend? Today?s UK Game Releases 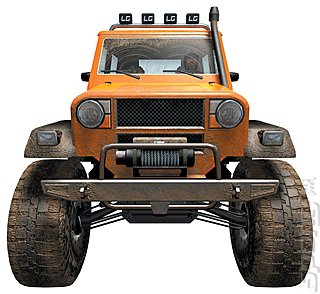 It's Friday arvo! Woohoo! After tearing ourselves away from playing today's new Wii Virtual Console releases, we have one other regular task on a Friday and that is to bring you the full details on all the new UK videogame releases, to enable you to make some informed buying decisions this weekend (providing you haven't spunked all your hard-earned on Valentines like some dufuses in the SPOnG office!).

With no further ado, here's what's in store this weekend:

? ArmA: Armed Assault on PC, from 505 Games/Bohemia Interactive brings you the most realistic warfare experience seen on a computer since developer Bohemia Interactive's last offering, Operation Flashpoint. Offering unprecedented freedom of movement, actions and tactics; integrating command of squads and use of vehicles with total immersion. ArmA simulates a large selection of modern day military equipment - infantry, aircraft, mobile and armoured - in a fictional flashpoint conflict between US forces and a renegade Communist Army faction on a similarly fictional island called Sahrani.

? Arthur and the Invisibles on PSP is an adventure game based on the Luc Besson film and series of books 'Arthur et les Minimoys' which the legendary director penned himself at the tender age of 16. Arthur is a 10 year-old boy who discovers the adventure of a lifetime in his own back garden, as he takes up the challenge of saving the Land of the Invisibles. A recommended buy for the youngsters.

? Chili Con Carnage on PSP, from Eidos is spicy-hot, highly destructive and whiffs slightly of tequila. Think From Dusk Till Dawn without the vampires. This PSP title sets you off on a rampage across the seedy underbelly of the Mexican underworld in an extravaganza of gunplay and sombreros. A fun and tasty PSP snack.

? Excite Truck for Wii from Nintendo is 'an homage' to the grand racing tradition of Excitebike and as such gets this week's SPOnG's BUY-IT award. Remember tilting your arms while playing Excitebike to try to make your character land a huge jump? Well, that experience is finally a reality with Excite Truck, a wild, off-road race only possible on Nintendo?s Wii console. Players hold the Wii Remote like an NES controller to control the truck. The 2 button is the accelerator, the 1 button is the brake, the + Control Pad is the turbo ? but that?s just the beginning. Tilt the Wii Remote right and left like a steering wheel to steer. Once the truck goes airborne, tilt the Wii Remote every which way to line up perfect landings for turbo boosts. Not a ground-breaking Wii title, but solid, guaranteed fun nonetheless.

? Fuzion Frenzy 2 for Xbox 360 offers a variety of forty mini games that a wide audience can play. Players battle new tournaments on seven different planets by competing in games such as the Collision Collusion, Turbine Jumper, and Super Slam Dunk which is a advanced slam dunk shootout played in low gravity where players try to steal the ball from their challengers to score a slam dunk. Not bad, if you are really desperate for a new 360 game to play this weekend.

? God Hand for the PS2n from the now disbanded Clover Studio is that rarest of things - a supernatural, western beat 'em up. We're not kidding. The game gives a sly nod and a wink to the old school brawlers of yesteryear, with mechanics that'll take you back to the days of mashing buttons at the arcade. Recommeded.

? Lumines Plus. What can we say? If you have not played Lumines on your PSP (or via Xbox Live Arcade) and only own a PS2 then buy this game now! The Game Boy had Tetris, the Game Gear Columns, and the Nintendo DS boasted Polarium at its launch. The PSP had Lumines, widely regarded as one of the best puzzle games of all time, and now Disney is bringing the smash hit to the PS2. Some deep-seated human instinct allows us to derive enormous satisfaction from bringing order to a chaotic assortment of blocks.

? Mario Slam Basketball for DS invites players to create their own all-star team by selecting from popular Nintendo characters such as Mario, Luigi, Bowser and Princess Peach. Collecting coins during matches is especially important as they can affect the score. So, before going for the basket, players should try to collect as many coins as possible to attain the highest score. One for the younger Nintendo fans out there.

? Online Chess Kingdoms for PSP brings the oldest turn-based strategy game we can think of into your hands. Yes, portable chess sets have been around for a while, but they were hardly handy for playing on a bumpy bus ride, were they? The game brings chess to life with 3D visuals that allow you to watch your rook in action as he cuts through swathes of pawns. Set in an ancient world, there are five distinct groups battling for tactical supremacy over their foes. Magicians, an aquatic race, forest spirits, servants of chaos and (perhaps slightly out of place) cybernetic beings are set to duke it out in your PSP. It's posh Chess on PSP (with the mandatory multiplayer option). What more can we say?

? Over the Hedge: Hammy Goes Nuts! for PSP stars the loveable little characters from the animated film by Dreamworks, Over the Hedge. Another one for the youngsters out there.

? Sherlock Holmes: The Awakened on PC is a terrifying point and click adventure, in which you play the part of Sherlock Holmes, the great detective himself. Assisted by your loyal right-hand man, Doctor Watson, you are charged with the task of investigating a series of mysterious disappearances. The discovery of several grisly clues soon reveals that something very sinister is afoot, and in the shadows there lies a sinful and disturbing sect of Cthulhu worshippers. For hardcore Holmes fans only this one.

? Shrek Smash 'N' Crash Racing is a comedic racer that invites players to ride through a selection of familiar scenes from Shrek's universe. Where else in videogaming can you see a donkey riding a dragon, eh?

? Supreme Commander from THQ for the PC, developed by Gas Powered Games, is a must-buy for PC strategy fans. The year is 3844. The Infinite War has raged for over a thousand years between three human factions: United Earth Federation (UEF); the Aeon Illuminate and the Cybran Nation. Quantum Gate technology grants any of the factions almost instantaneous travel across the galaxy. If you have ever enjoyed any RTS, then it's highly likely that you will be picking up Supreme Commander this weekend.

? Tortuga - Two Treasures for PC is the long-awaited sequel to Tortuga: Pirates of the New World from way back in 2003. Two Treasures sends players to the sun-drenched Caribbean of the early 1700's. The game offers piratical entertainment on a large scale, with exploration and combat at sea, on land and on the deck of the ship. Like Pirates? Get involved.

And there we go. That's what you can get your filthy mitts on this weekend. Have a good one and don't forget to check back in first thing on Monday to get the latest on the forthcoming PS3 launch and more. Will those pre-orders actually sell out?