Not a rumour: GTA: Vice City Stories IS coming to PS2. 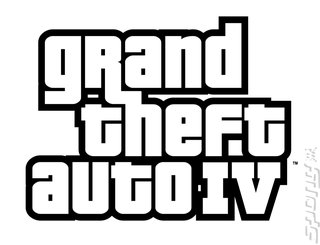 SPOnG has heard a bizarre rumour of late that Rockstar may be looking to bring the next iteration of the Grand Theft Auto series ? presumably entitled GTA 5 ? to Nintendo?s family friendly Wii console.

However, what ISN?T a rumour anymore, and what we all actually knew to be happening anyway, is that the PSP game Grand Theft Auto: Vice City Stories is coming to the PlayStation 2 sometime very soon, which follows yesterday?s Manhunt 2 announcement from the videogame trendmeisters at Rockstar.

Grand Theft Auto: Vice City Stories is set to hit North America on March 6 and Europe on March 9. SPOnG?s just called Rockstar to confirm pricing, so we should have those details for you shortly. Suffice to say, we don?t expect it will be a full price title; most likely it'll be Ł19.99, if past PSP-to-PS2 ports from R* are anything to go by.

The Rockstar Leeds/Rockstar North developed PS2 port will feature the same storyline and missions found in the PSP original, set two years prior to the original Vice City and starring Vic Vance, the brother of Vice City's Lance Vance.

The ?hilarious? Grand Theft 5 on Wii rumour is said to have started ?somewhere on the internet? and the source remains both anonymous and unknown. So basically, you can choose to believe it if you really want to. Though if you do, then you are an idiot.

SPOnG put it to a Rockstar rep the other day that we?d heard GTA 5 might be Wii-bound and they responded with what we can only describe as a stifled giggle. Read into that what you will.

hollywooda 8 Feb 2007 10:22
1/7
haven't we had enough Grand theft auto?.... after playing 4 on Ps2 & 2 on my psp, i dont think i can stomach one more car jacking!.... i personally think its time Rockstar seriously changed the record. It is possible to have too much of a good thing, just look at saints row.

majin dboy 8 Feb 2007 11:49
2/7
totally agree,and u really did pick the best adjective(sp?)to describe another GTA....stomach.i have played them all and they are great games,but i draw the line at san adreas,for me that was taking the piss,if i get one more mission wer i hav hi-jack a car,drive to that blip,shoot that blip and drive back to the other blip to get a reward.GTA games bore me and the PSP,carnation despite being a good game,sealed it for me.

for RS to get anymore money of me have to seriously change things,innovate the brand,do something different,please.

kaelendingo 24 Jan 2011 02:46
7/7
I think that R* tottaly should make a gta V and make so FARKING AWSOME!
Posting of new comments is now locked for this page.