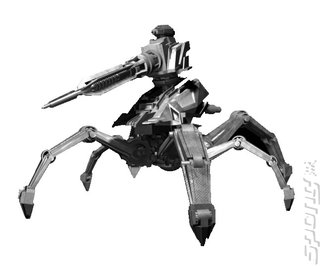 All Images (6) »
Like Real Time Strategy games? If so, you must be looking forward to THQ?s forthcoming Supreme Commander. As such, you?ll be happy to know that THQ has just released a full, playable demo of the game.

The full game, billed as the successor to the RTS classic Total Annihilation is finally out in the UK on February 16th.

The demo ? which you can download from the link below ? weights in at just over 1GB, but should be well worth that weight. In it you get to play part of the single-player campaign for the Cybran Nation, one of three playable nations in the final game. Plus you will also get to play the "Finn's Revenge" skirmish map which can be attempted on a variety of difficulty settings.

Supreme Commander was been awarded Best Strategy Game of E3 2006 by The Game Critics Awards Committee and the game?s been developed by game industry visionary Chris Taylor's Gas Powered Games.

Get the 1.1GB demo right here.