Something For The Weekend, Sir? Today?s UK Game Releases 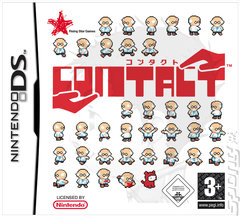 All Images (7) »
Shrug off those January blues people! The winter is nearly over. Well, not really, but at least the UK?s games industry seems to have woken up and started releasing some videogames again. Which is nice.

So, what are you going to spunk your hard-earned on this coming weekend? We know that you?ve just been paid, so its time to spend it all as quick as you possibly can on some games. Otherwise, your significant other will only trick you into spending it all on her (or him) come the commercialised romantic shenanigans that is Valentine?s day a week next Wednesday.

So here?s SPOnG?s quick run-down of what?s worth a look-in amongst the latest releases in stores today.

Firstly, for pool fans, Zoo Digital breaks into 2007 with Actua Pool on DS, billed as the ultimate 8 and 9-ball pool game for Nintendo?s handheld. Hustle your way around the local pool circuit to unlock different pool clubs and challengers in an effort to win some cash and prove just who is king of the cue. The whole game is touchscreen-controlled, so you use the stylus to line up your shot, set the power and add spin to the cueball. You can also play up to 4 player multiplayer via Nintendo WiFi. Natch.

Next up, Atari?s charming kids? movie tie-in, Arthur and the Invisibles releases today on PS2, PC, GBA and DS. The game is a notably above-average adventure game based on the Luc Besson film and Besson?s series of books ?Arthur et les Minimoys? (which he amazingly began writing at the tender age of sixteen!). You can play as one of the three principal characters, Arthur, a natural acrobat, the beautiful she-warrior Selenia or the strangely named Betameche, a marksman of some renown ? using each of the characters' different skills to surmount some tricky obstacles, mysteries and puzzles.

There?s also plenty of fun fighting, driving and flying elements to the adventure. If you have kids (or are a big one yourself) SPOnG heartily recommends both the movie and the videogame spin-off.

For the hardcore and the retro-fans amongst you, Rising Star games releases two DS gems today, in the shape of the critically-lauded Contact and the return of everyone?s favourite little yellow birdie in New Zealand Story Revolution.

Bringing back torturous memories of your Grandma's outhouse is 2K Games' Dungeon Siege: Throne of Agony. Fortunately, it's not about freezing toilet rims or haemorrhoids, it's about four strangers strangely drawn to the Northern Wastes of Aranna. That, and fighting monsters and stuff.

Showing us that not all 'Mercan sportsmen are a bunch of pansies is EA's NFL Street 3. No padding or helmets for these fellas. They're down in the 'hood, busting heads and grazing their knees.

Finally, remember the good old days? Well, Sega does. And it's released Sega Mega Drive Collection to prove it. What quicker way to make a few quid than throw a bunch of your old games onto a disk together and take an aging gaming population back to the days of their youth? None, we reckon.