Activision brings new down and dirty goodness to the 360 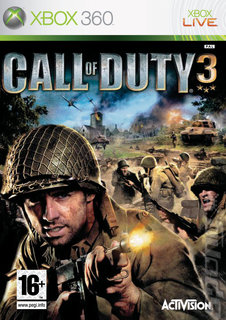 Activision has announced the release of a new multiplayer map for Call of Duty 3 on the 360. The map is available free for download via Xbox Live Marketplace.

The bonus map, titled 'Champs', takes players to Port Royal de Champs in (you guessed it) France. The skinny according to Major Nelson on his blog goes thusly:

'The map's compact design is perfect for small and medium-sized team games in online, split-screen, and System Link play, or crank up the intensity with 24-player mayhem. A country road snakes across the landscape from a private chateau to a heavily battered cathedral. Vast wheat fields, hidden ravines, and blown-out buildings provide endless tactical opportunities for squads or lone soldiers to flank the enemy with stealth. Experience explosive action like never before in this free Bonus Map!'

Also announced is the opportunity for gamers to go head to head with the game's developers at Treyarch. They'll be available to dodge your bullets as the new map goes live for Silver subscribers from 11am to 2pm PST.