"Kids' bedrooms should be media-free zones"... 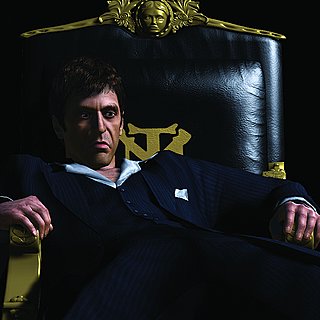 Scarface: Surprisingly not good for kids, you feeelthy scumbag muthaf***ka!!
The US-based National Institute on Media and the Family ? which styles itself as ?the nation's (that?s USA, USA!) leading resource on the effects of media and video games on children?,as released its 11th Annual MediaWise Video Game Report Card.

A number of recommendations appear to be basic common sense and won't offend anybody who can actually do anything about them.

● The industry should eliminate the double messages to parents.

● Specialty game stores should follow the lead of the major retailers who have fulfilled their commitment not to sell M- or Adults Only-rated games to youth.

● There should be a universal, independent rating system.

And some are questionable, if not simply scaremongering:

● More attention should be paid to the emerging problem of video game addiction.

● Kids' bedrooms should be media-free zones.

According to the cutely-named report card, ?While improvements have been made by the video game industry and retailers, parental involvement received an "Incomplete" as surveys showed too few parents following the ESRB's ratings and parental controls on gaming consoles.?

?Highlights? from the report card show:
● Game console manufacturers like Sony, Microsoft and Nintendo (Only those? What about? erm?oh, yes) have made great strides in educating parents on the rating system and installing parental controls on their products, many parents have not followed or used these tools to prevent their kids from playing inappropriate video games.

● Prolonged game play can adversely affect a child's physical health and school performance as well as social and behavioural skills.

● Children who spend more time playing video games are heavier, and are more likely to be classified as overweight or obese.

● The amount of time a child plays video games is correlated with poorer grades in school and attention problems.

The most ?information? to be had, however, is with the two big lists of games that the kiddies might play and those that will turn them into screaming, monstrous hellions.

Before looking at the lists below, SPOnG challenges you to write down your own Top 10 predictions and compare. Have fun now, y?all.


Let's just got back to that issue of the "emerging problem of video game addiction". If you are worried that you might be wealthy and secure enough to be experiencing this addiction - or you know someone who you think might be - here's what to look out for:

There are even physical symptoms that may point to addiction:
● Carpal tunnel syndrome.
● Sleep disturbances
● Back, neck aches
● Headaches
● Dry eyes
● Failure to eat regularly or neglect personal hygiene

SPOnG recalls reading some Victorian literature relating to what was then called ?onanism? with very much the same symptoms? go on, look up 'onanism'.

Games: LocoRoco Scarface: The World is Yours

And notice how the recommended games are, by and large, a lot better and more imaginative than the games to avoid, which are amost all gangster related 3D shoot and adventure games.

But how the f*ck did Nancy Drew: Boring by Design get in there? Is someone at the NIMF a "Her Software" shareholder perhaps?

Joji 30 Nov 2006 16:01
2/2
A noble effort but what any of that fails to say is that tastes in games differs from person to person, regardless of age. When you are young and need to rebel, are you really gonna suck butt and play Nancy Drew, to please your folks?

Some of the things on that list aren't workable, like kids rooms being media free. Take away their violent candy and there's plenty of out there to get hold of. The industry should do what? The industry does its part but parents don't do theirs properly.