US boss says ?tens of thousands? less than expected in store. 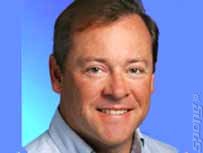 Jack Tretton
While some analysts were claiming that the shortfall of PS3?s being delivered to American retailers this week would be anything up to half the expected 400,000 units, the co-chief operating officer of Sony Computer Entertainment America has confirmed - somewhat vaguely - that there will be "tens of thousands'' fewer PS3?s in-store than originally expected for the launch weekend.

Which in effect could mean anything from ten thousand to ninety-nine thousand fewer, or even more, depending on your interpretation of "tens of thousands".

Speaking to the San Jose Mercury News earlier, Tretton blamed the shortfall on logistical problems and Blu-ray manufacturing issues, telling them, "This is not a perfect science manufacturing this device."

Continuing in the now-expected mildly arrogant tone SPOnG has unfortunately come to expect from certain US-based Sony execs, Tretton claimed that, in the long haul, there is a "...lot less pressure on us'' (i.e. than the competition, Nintendo or Microsoft).

Still, the shortfall is only the latest setback for Sony's new console. In September, Sony slashed its target for total shipments worldwide by the end of the year to 2 million, half of what it previously had predicted.

As fights continue to break out across the US over PS3 queuing positions outside stores, not to mention the reports of Best Buy drive-bys and muggings, successful eBay scalpers across the land begin to rub their hands in glee. You can read further news on the eBay situation here.

Whatever, it?s all very different to the ?slightly heated pushing? that we saw taking place at the PS3 launch in Tokyo last weekend.

SPOnG sincerely hopes we don?t have to report on any more serious injuries or even fatalities before the PS3's US launch weekend is out. We will bring you further news on the launch directly from the West Coast when our men of action in San Francisco and Washington State get out of bed and head down to their local Best Buys in a few hours time.
Companies: Sony

There must be huge presure if they are infact lossing $300 per console!!

And they couldn't have shipped anywhere near 400K or they would be anounching how they beat the first day sales of the 360, which was 326K?

So it must be sub 326K... like Sony wouldn't miss the opportunity to rub a fact like that in.