Peter Jackson is Bored of Movies 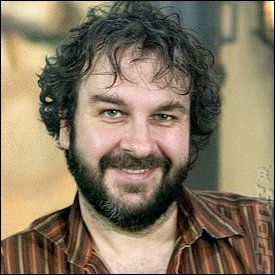 Perhaps the biggest genuine surprise at X06 on Wednesday, other than our mate Adam actually buying a round, was the appearance of Peter Jackson, genius movie director extraordinaire and all round nice guy, who Microsoft wheeled out on stage and introduced as the saviour of the future of entertainment. Or something like that.

Jackson, as we told you yesterday, has formed a games development studio out in New Zealand, called Wingnut Interactive, to explore partnerships with Microsoft Game Studios.

And, whilst debate rages on in the SPOnG office over whether or not the deal is something for gamers to genuinely get excited about, or whether or not it's all so much PR puff, you cannot avoid doffing your cap to Microsoft for managing to pull it off. It certainly puts Nintendo's recent conference celeb appearances to shame (Tim Henman anyone?).

In a round table discussion at X06 with Peter Molyneux and Bioware's Greg Zeschuk, Jackson said a little more about his reasons for wanting to make games as well as his changing opinions of movies. Seems he's getting a bit Bored of the Rings.

Wingnuts first major project will be a totally new instalment of Halo, in association with Bungie. Its second, as-yet-unnamed project is said to widen the market to casual gamers as well as the hardcore (Christ, we're sick of writing that sentence now!).

Talking about movies, Jackson commented: "I've got to the stage now where I just end up catching something on DVD and I'm more excited about games coming out in the next 2-3 months than films."

'So what? We all feel that way' you may be thinking - but for a major Hollywood producer of Jackson's standing to make such a confession is quite something.

Jackson continued: "That created an awareness in me of the shift in entertainment options out there, and if I'm feeling that others are too."

His ideas for stories which are possibly more suited to an interactive environment as opposed to movies are what he intends to explore with Wingnut Interactive.

Speaking at the conference, alongside a beaming Peter Moore on Wednesday night in Barcelona, Jackson had told the assembled masses that Xbox 360 and Live "allows the storytellers of our time to express themselves in a new medium... From a movie-maker's point of view, it is clear to me that the Xbox 360 platform is the stage where storytellers can work their craft in the same way they do today with movies and books but taking it further with interactivity."

All interesting stuff, we're sure you will agree. We'll find out more about Wingnut Interactive's mysterious 'casual gaming' project as soon as we can.

Showing the 20 most recent comments. Read all 22.

1) His connection with that FX studio that does a wonderfull job in creating stuff special effects and costume and decor wise.
2) He makes movies that tell stories who are allready written down for more then half a decade and these stories have been brilliant for that half a decade... half the work is allready done and he stills chops all the good parts...where is my Tom Bombadil for christ sake! Where is the slow slumbering awaking of the rage of the Ents! Why wasn't Aragorns carrying the Sword of the king the whole time when they left from Rivendell and so aiding him in his growth as a person towards becoming King...Where!

90% chance this game with storytelling will consist of the following pattern <dialog> <gameplay> <new Area> <trigger event for more dialog> <same gameplay as before> and repeat, also known as the Final Fantasy pattern in my books.

Rod Todd 30 Sep 2006 17:39
4/22
OptimusP wrote:
2) He makes movies that tell stories who are allready written down for more then half a decade and these stories have been brilliant for that half a decade...

PreciousRoi 30 Sep 2006 19:38
5/22
OptimusP wrote:
...where is my Tom Bombadil for christ sake! Where is the slow slumbering awaking of the rage of the Ents! Why wasn't Aragorns carrying the Sword of the king the whole time when they left from Rivendell and so aiding him in his growth as a person towards becoming King...Where!
Dude, not to get all UberTolkeingeeky on you, but you left out THE three most important parts, and one of the most inexplicable.

MUCH MORE TROUBLING, one bit of it I found directly insulting, was the character assasination of one Faramir, who went from suffering at the hands of his own fathers resentment for both listening to Gandalf and being more of a true scion of Numenor (in character) than his brother Boromir AND doing the RIGHT THING by allowing Frodo to continue his quest, to being a better son, and making the easy choice of following his duty to obey and serve his father and Steward's will, by attempting to thwart Frodo and Sam's quest and bring the Ring to Gondor, EXACTLY as his brother Boromir would have done. The line where Sam says "We're not even supposed to be here!" I took as an insulting thumb of the nose at Tolkein purists for no reason other than he could. This after his oaths and protestations of faithfulness to the original.

The complete exclusion of "The Scouring of the Shire" is also troubling, mostly becasue Peter Jackson has publicly stated his dislike for that part of LotR and wasted much needed time in the epics on...crap.

One of the most puzzling, to me at least, omissions is one that occurs during Frodo and Sam's capture by Faramir, the exchange that takes place at the pool between Frodo and Gollum is pure Hollywood gold. The only explanation I can think of is that it was too good to be included in the movie since Peter Jackson couldn't take any credit for "Don't want stupid fish."

IMNSHO, Peter Jackson has ruined the entire franchise for years to come, not becasue he didn't make an enjoyable and profitable "flick" that I'm sure many people enjoyed immensely, but becasue he was granted the opportunity to do the work justice, and could have made an equally if not more enjoyable and profitable motion picture worthy of the name "cinema" and CHOSE not to. Protestations of innocence and studio guilt and interference fall on deaf ears, I just don't think he even TRIED, the changes the studio may have pushed for masked the changes HE wanted to make.

Adrian Chrome 1 Oct 2006 02:11
6/22
PreciousRoi wrote:
MUCH MORE TROUBLING, one bit of it I found directly insulting, was the character assasination of one Faramir, who went from...

Try not to make Gammes as tedious as you make movies, eh?

he didnt just make the rings and kong. so he might make some good gammes.

I find your charcter assasination of peter king equally insulting

who the hell is Peter King????

EDIT button only sticks aroudn for 15 min from the time of the original post. After that its carved in stone... unless of course tyrion deems otherwise. ;)

Joji 3 Oct 2006 12:33
15/22
I think Lord of the Rings Trilogy is good. I know pure fans want it to be the book on the screen exactly but that's not what always entertaining to hold an audience. Look what happened to Resident Evil when a bad director is in charge, despite the story potential.

Sure, somethings were left out, but without the trilogy I would never have even looked at Tolkiens work to read in book form. You can't have it both ways, either you want more people to discover Tolkiens work through the films or not discover them at all, so despite omissions which will it be? I'm sure the done wonders for books many would have overlooked.

Hey, I enjoyed Braindead, its a cult piece of horror comedy just like I did Bad Taste. Over the top, over gory etc.

Its not easy to please everyone, and considering this i think Peter Jackson has done alright. His starting in games is just a creative extension, but I'll give him a chance to work on his games, and the Halo movie too.

"oh s**t, i was about to spill my cookies!"
Says the walrus ef-ing the cat... it's the citizen kane of our generation ;)

sue_raas 3 Oct 2006 22:23
17/22
Joji wrote:
I think Lord of the Rings Trilogy is good...Its not easy to please everyone, and considering this i think Peter Jackson has done alright.

It was good to see films with huge battles onscreen again, like those old 50 and 60s films, like El Cid or Spartycus. Was a nice change to Star Wars at the time too.

I just hope PJ does a good job with the Halo film and shows that game based films can work if done properly.
Then all the crap ones except for Silent Hill will be forgotten in my mind.

He's never really been "doing it".
He's executive producer. Means he may have a bit of over sight and influence but mostly hes a name placed on it to instill faith in the audience.

WHITNEYBates27 17 Mar 2010 08:37
22/22
If you are in uncomfortable position and have no cash to go out from that point, you would require to receive the <a href="http://l***************s.com">loans</a>. Because that should help you for sure. I take financial loan every single year and feel myself great just because of that.
Read all 22 comments >>
Posting of new comments is now locked for this page.