Get Set For a Sonic Boom on Your Mobile Phone! 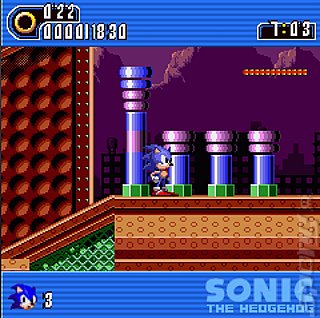 All Images (3) »
MANCHESTER ENGLAND, January 9th 2006 ? The world?s favourite turbo-charged blue hedgehog is set to return and appear on mobile phones everywhere this February in Sonic The Hedgehog Part 1, published by iFone, one of the world?s leading developers and publishers of wireless entertainment.

(Sonic The Hedgehog Part 2 releasing later this year will contain the last three zones from the original Sonic The Hedgehog). Taking players back to a fondly remembered yesteryear, Sonic must once again tackle Dr Ivo Robotnik, the mad scientist, who is snatching innocent animals and turning them in to evil robots! Using his power sneakers which give him his super speed, players must help Sonic fight hordes of metal maniacs by using his Super Sonic Spin Attack, collecting his iconic golden rings along the way allowing him to recover a Chaos Emerald from each stage with a total of eight in the game in order to bring order back to the world of Mobius.

Speed down twisting tunnels and swing over dangerous booby traps, leap across lava pits and dodge burning rocks, then splash through the chilling waters in an underground cavern before facing the ultimate challenge lurking in a secret lab by coming face to face with Dr Robotnik himself!

Be Atomic! Be Sonic!!